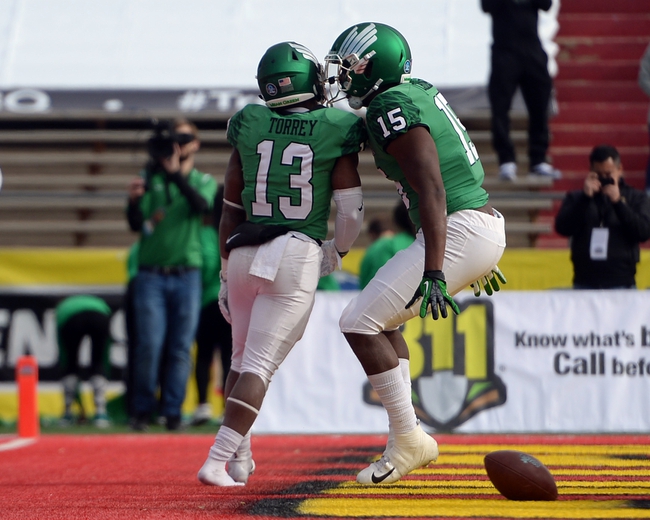 The North Texas Mean Green will travel to the Alamodome to take on the UTSA Roadrunners this Saturday afternoon in College Football action.

The North Texas Mean Green improved to 3-3 on the season after defeating the Rice Owls, 27-17, this past Saturday. North Texas fell behind by a 10-0 margin by the end of the 1st quarter, however, the Mean Green defense was solid the rest of the way and North Texas was able to pull out the victory after scoring 27 unanswered points to take a 27-10 lead with 7:27 left in the 4th quarter. North Texas outgained Rice by a 389-376 margin and won the turnover battle by a 2-0 margin in the victory. Leading the way for the Mean Green was RB DeAndre Torrey who had 102 rushing yards & 1 TD on 19 carries.

The UTSA Roadrunners won their 2nd straight game and improved to 6-4 (4-2 C-USA) on the season after defeating the Southern Mississippi Golden Eagles, 23-20, this past Saturday. UTSA had no trouble piling up the offensive yards on the ground and was able to hold on to the victory after taking a 23-10 lead midway through the 3rd quarter. UTSA was outgained by Southern Mississippi by a 347-304 margin and forced one turnover in the victory. Leading the way for the Roadrunners was RB Sincere McCormick who had 173 yards & 2 TD’s on 32 carries.

North Texas has had trouble slowing down opponent offenses this season, however, I am not sure if the UTSA passing attack will be able to really exploit the Mean Green defense that is allowing over 300 passing yards per game. North Texas has an offense that can put up points and as I’ve liked what I’ve seen out of the Mean Green over their last two games, I think North Texas will keep this one close enough to cover with the points. Good Luck! 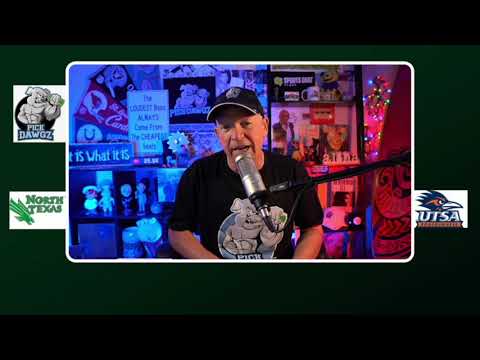