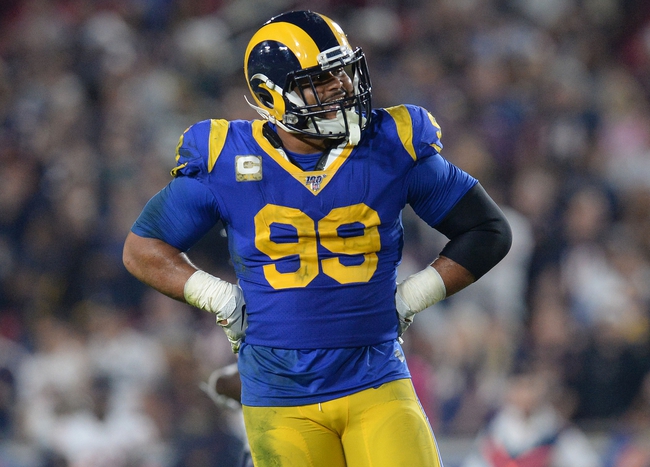 The Chicago Bears and Los Angeles Rams face off on Monday Night Football in the last game of the Week 7 NFL slate.

The Chicago Bears haven’t really stood out this season in terms of stats but they have won five of their six games. On offense the Bears are averaging only 21.3 points per game which is 27th in the NFL. the real strength of this team ahs been with the defense giving up only 19.3 points per game which is 6th in the league. On the season Nick Foles has thrown for 878 yards, six touchdowns, and four interceptions. In this game the Bears are facing a very good offensive team so it’s going to be very important that the defense steps up in a big way early.

On the other side of this matchup is the Los Angeles Rams who come into this game with a 4-2 record but they did lose their last game. The Rams were favorites against the San Francisco 49ers but the offense really struggled and that led to the loss. Jared Goff gets all of the attention for the offense but they have been run first this season. On the season, the Rams are averaging 135.2 yards per game on the ground. Darrell Henderson Jr was an afterthought as a rookie, but he has put up 348 yards and four touchdowns.

The Bears have done a good job of making games ugly this season and that is going to continue in this game. Look for the Bears defense to step up and the Rams aren’t going to run away. Back the Bears to cover the spread and I will be throwing a few bucks on the Bears to win as underdogs. ,