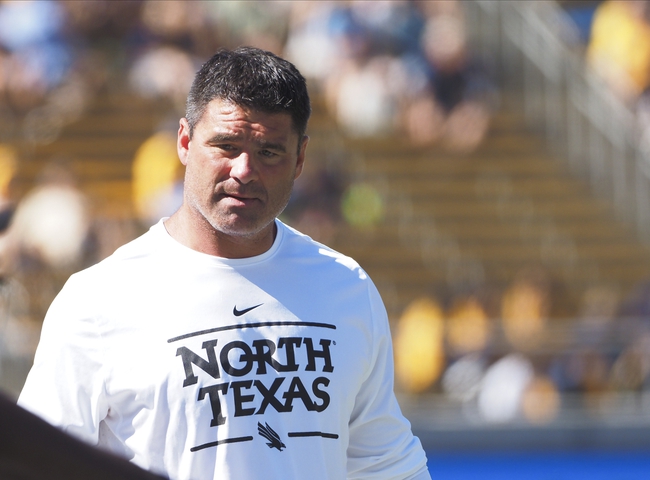 The North Texas Mean Green and Houston Baptist Huskies face off on Saturday night in their first college football game of the season at Apogee Stadium.This is the first meeting ever between the two teams.

Houston Baptist plays in in the FCS and last year they had some struggles finishing with only five wins overall. They also really struggled in conference play winning only two of the games. The only win during conference play was against Lamar, a team that finished below them in the standings. The offense wasn’t great last season for Houston Baptist, but it wasn’t the biggest issue as most of the year it was the defense that was letting them down. In the last game of the season against Sam Houston State the defense really struggled giving up 37 points. On the season Houston Baptist gave up 35.75 points per game while the defense gave up 36.75 points per game.

On offense, Houston Baptist gets back quarterback Bailey Zappe who threw for 3,811 yards, 35 touchdowns, and 15 interceptions. Dreshawn Minnieweather will also be back after rushing for 723 yards and seven touchdowns last season. To find success the defense is going to need to find a way to get going and slow down North Texas.

On the other side of this matchup is North Texas who were disappointing last year, compared to where they expected to finish.The Mean Green finished the season with a 4-8 record and only went 3.5 during conference play. Mason Fine was one of the best quarterbacks in the schools history, but he is now gone and the team needs to replace him. The Mean Green haven’t announced a starting quarterback for this season but it appears it will be either Austin Aune or Jason Bean who get the job. Wide receiver Jaelon Darden caught 12 touchdowns last year and he will be back this season. The Mean Green’s defense really struggled last season and they lost a few of their key players, so this season the defense is going to need other players to step up.

The quarterback situation for North Texas is worrying, but Houston Baptist just doesn’t have the playmakers to keep this game close. Look for the Mean Green to attack a terrible Houston Baptist defense and that will lead to a win and a cover of the spread.