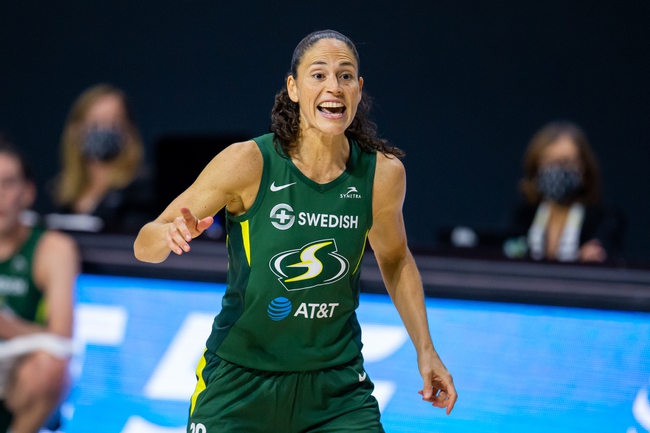 The Seattle Storm and Las Vegas Aces face off on Friday night in Game 1 of the WNBA Finals at the IMG Academy in Florida.

Las Vegas was able to beat Seattle in each of the previous two games played between the two teams this season.

The Seattle Storm had all kinds of success during the regular season, and the path to get here during the playoffs was also pretty easy. The Storm’s last series was against the Minnesota Lynx and it was a series sweep. In each of the three games the Storm scored at least 88 points, and in the clinching game Seattle won 92-71. One thing to take into consideration in this game is the last time that they played was last Sunday. In the Storm’s last game it was Breanna Stewart who had a big game putting up 31 points, seven assists, and six rebounds. Sue Bird also found a lot of success putting up 16 points, nine assists, and one rebound. On the season the Storm are averaging 87.5 points while giving up 76 points per game. Seattle is shooting 47 percent from the field.

On the other side of this matchup is the Las Vegas Aces who had a little tougher time getting to the finals and their last series against the Connecticut Sun went five games. In the last game the Aces defense was the defense giving up only 63 points. This is a defense that can really lock down when they want to and in this game the Aces need to lock down. In the last game it was A’Ja Wilson who had a big game putting up 23 points, 11 rebounds, and four assists. Wilson has been the best offensive player this year averaging 20.5 points while shooting 48 percent from the field. Angel McCoughtry has also had a big year averaging 14.4 points.

The Storm are the better team in this matchup, but this is a big number for Game 1 of the WNBA Finals. In this game look for the Aces defense to slow down the Aces. it might not be enough to come away with a win, but Las Vegas will cover the spread.