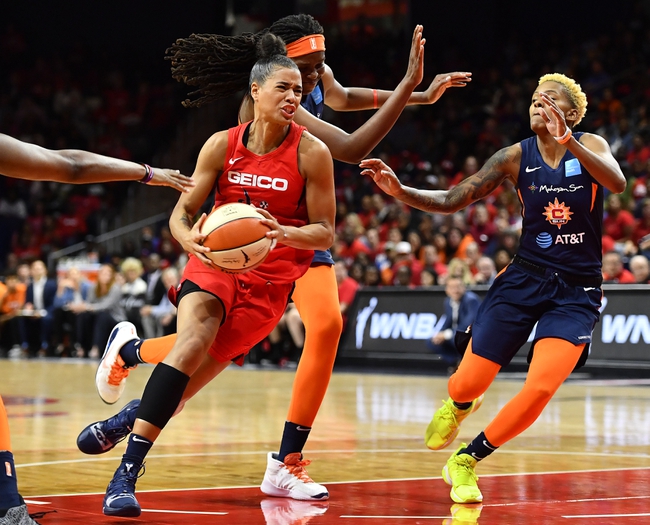 The Atlanta Dream and Washington Mystics face off in their 12th game of the WNBA season inside the bubble at IMG Academy on Wednesday.

The Atlanta Dream have really struggled and coming into this game losing seven games in a row. In the Dream’s last game against the Chicago Sky, they struggled on both sides of the ball. Atlanta allowed Chicago to score 92 points, while the offense could only score 67 points. In the last game the Dream only had three players score in double figures led by Courtney Williams who averaged 15 points, six rebounds, and four assists. The defense is going to need to be better, but if the offense struggles in this game there will be no chance.On the season the Dream are averaging 79 points per game while their defense is giving up 91.5 points.

The best player this season for the Dream has been Chennedy Carter who is averaging 17 points and 3.9 assists per game. The Dream have four players who are averaging at least 11 points per game, but they are going to need others to step up.

On the other side of this matchup is the Washington Mystics who also are coming into this game really struggling. Coming into this game the Washington Mystics have lost seven games in a row and much like the Dream they have struggled on both sides of the ball.In the last game the Aces defense let them down giving up 88 points while their offense only scored 73 points. The Mystics are averaging 78.2 points while their defense is giving up 80.9 pints per game.

Aerial Powers has been the best player for the Mystics averaging 16.3 points and 4.8 assists per game while shooting 46.4 percent from the field.

These are two teams who have struggled, but one thing is for sure, both of these teams struggle to score and that will continue in this game. Look for a low scoring game by both teams that stay well under the total.