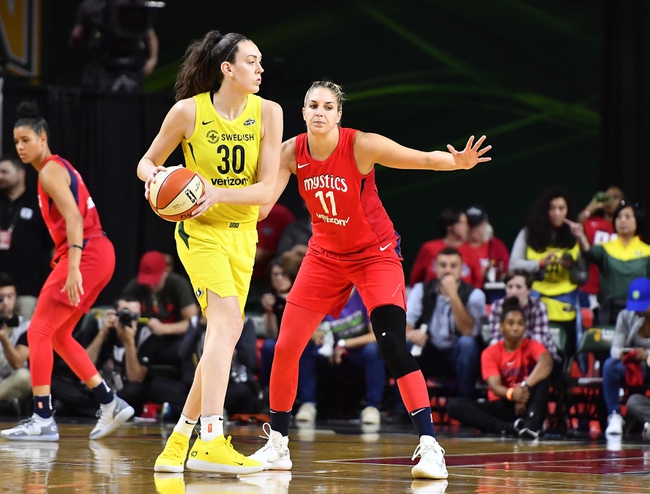 The Connecticut Sun and Seattle Storm face off in their fifth WNBA game Monday inside the WNBA bubble at the IMG Academy.

The Connecticut Sun have really struggled so far this season and coming into this game they have gone 0-4. The biggest issue all season for the Sun has been with the way their offense has performed all season. To start the season against the Minnesota Lynx, they scored only 69 points and in their last game against the Lynx they again scored 69 points. The only real good game on offense for the Sun was during their second game where they put up 89 points against the Washington Mystics. In that game the issue though was they gave up 94 points.

On offense the Sun are led by DeWanna Bonner who is averaging 27.5 points per game which is one of the most impressive showings in the league. Alyssa Thomas has also been good this year averaging 15.3 points and 9.3 rebounds per game. The big issue for the Sun is outside of Bonner and Thomas they don’t have players who have stepped up.

On the other side of this matchup is the Seattle Storm who have started out this season strong winning three of their four games. The only loss inside the bubble so far for the Storm came against the Washington Mystics a few games ago. In that game, the Storm’s defense struggled giving up 89 points, while the Storm only scored 71 points. In the last game, the Storm did get back on the right track giving up only 75 points against the Los Angeles Sparks and that led to a 81-75 victory.

The Storm on offense have been led by Breanna Stewart who is averaging 18 points, 9.3 rebounds, and 3.3 assists per game. Jewell Lloyd has also been strong putting up 11.3 points and 2.8 assists per game.

The Sun have been terrible this season and there is no reason to believe it’s going to be better in this game. Look for the Storm’s defense to step up in this game and that will be enough for Seattle to win this game and cover the spread.