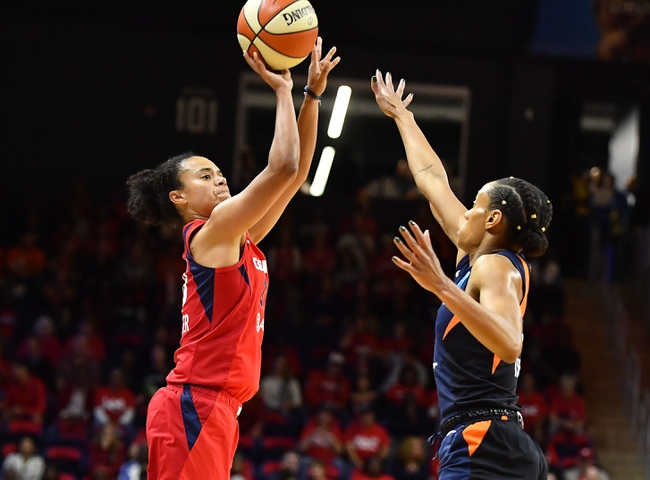 The Washington Mystics and Chicago Sky face off in their fourth WNBA game Saturday inside the WNBA bubble at the IMG Academy.

The Mystics right now are led by Myisha Hines-Allen who comes into this game averaging 20 points, 8.3 rebounds per game, and 2.7 assists per game. Aerial Powers has also been strong for the squad putting up 17.3 points, and 5.7 rebounds, and 3.0 assists per game.

On the other side of this matchup is the Chicago Sky who come into this game-winning two of their three games, with the only loss coming by two points in their last game. In the first game of the restart, the Sky faced off with the Las Vegas Aces, and a big fourth quarter allowed them to come away with a two point victory. In the second game of the season the Sky had their best showing of the season putting up 96 points against the Los Angeles Sparks and that led to a 96-78 victory. In the Sky’s last game against the Minnesota Lynx, trouble scoring in the 1st half let them down and that led to a two point loss. In this game, the Sky need to get out to a strong start or they are going to have issues.

The Sky are led by Azura Stevens who comes into this game averaging 16.3 points and 7.3 rebounds per game. Kahleah Copper has also been strong this season averaging 15 points, 4.3 rebounds, and 2.0 assists per game.

The Mystics have been impressive this season and it’s going to happen again in this game. The Sky will get out to a slow start and that will let them down. Back the Washington Mystics to come away with a victory and cover the spread.