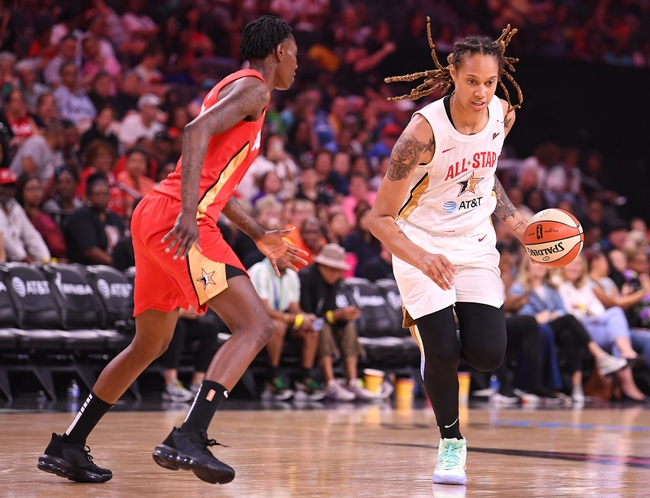 The Las Vegas Aces and Phoenix Mercury face off in their third WNBA game on Friday night inside the WNBA bubble at the IMG Academy.

On the other side of this matchup is the Phoenix Mercury who currently sit with an 0-2 record and they don’t want to fall to 0-3. In the first game of the season the Mercury lost to the Los Angeles Sparks 99-76. In the second game of the season the defense was once again an issue giving up 106 points to the Indiana Fever and that led to a six point loss.

The Mercury are led by Bria Hartley who is averaging 18.5 points, five assists, and four rebounds per game. Brittney Griner and Skylar Diggins-Smith are also players who are going to be leaned on heavily this season. Coming into this season Griner is averaging 15.5 points, eight rebounds, and 2.0 assists per game.