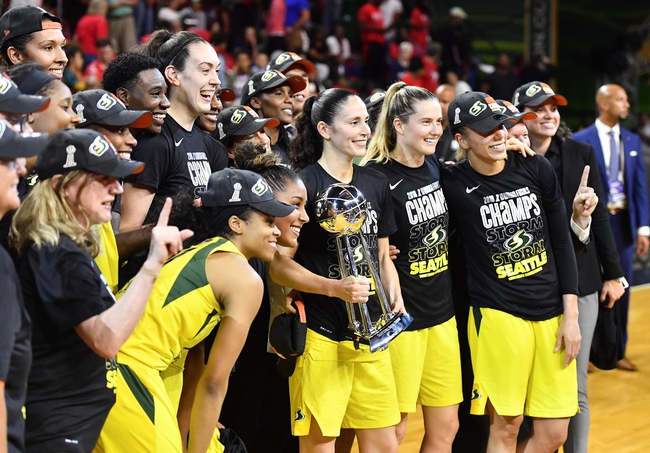 The Seattle Storm and Minnesota Lynx face off in their second WNBA game of the season at IMG Academy on Tuesday.

The Minnesota Lynx looked like they were almost dead and out entering the final quarter of their first game of the season against the Connecticut Sun. Trailing heading into that quarter the Lynx’s defense really locked down giving up only 12 points in the 4th and that was enough to lead to a 77-69 victory. For the Lynx, the star is Sylvia Fowles and he had a big first game putting up 17 points and 18 rebounds in 33 minutes of gameplay. Shenise Johnson was also strong for the team putting up 13 points, one rebound, and one assist. In the last game the offense got out to a slow start and that can’t happen again if the Lynx want to come away with a win.

On the other side of this matchup is the Seattle Storm who were quite impressive in their first game of the season. In that game, the defense gave up 71 points but the real impressive part was what their offense was able to do putting up 87 points. The Storm really used a balanced attack with four players scoring at least ten points. Breanna Stewart was the star of the show putting up 18 points, eight rebounds, and two assists. Sue Bird only played 19 minutes in the first game but she still put up 11 points, five rebounds, and two assists.

The Lynx really got lucky in their first game and that won’t happen again in this game. In this game, the Storm are going to run up the score again and the Lynx will have no answer. Back the Storm to come away with a victory and a cover of the spread in this game.