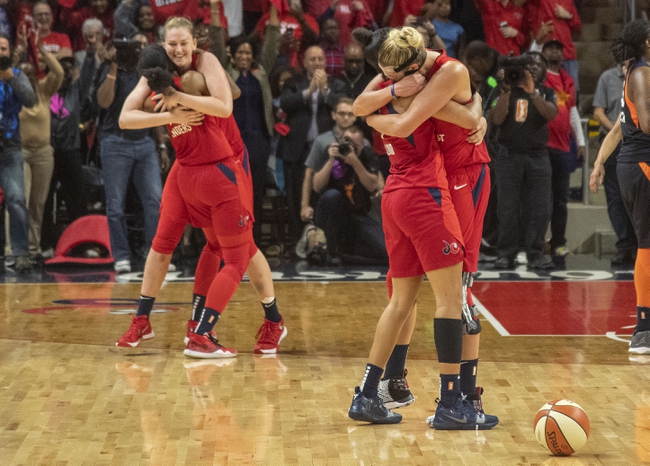 The Connecticut Sun vs. Washington Mystics face off in their second game of the WNBA season on Tuesday at IMG Academy.

The Connecticut Sun can’t be happy with the way they played in the 4th quarter of their first game of the season. They looked to be good in shape after three quarters and it looked like they were going to cruise to a victory. In the 4th quarter though, the Sun only scored 12 points, while giving up 27 points and that led to a 77-69 loss. Alyssa Thomas was the star of the show for the Sun putting up 20 points, eight rebounds, and four assists. In this game if the Sun wants to win this game they are going to need a better offensive performance for a full four quarters.

On the other side of this matchup is the Washington Mystics who looked super impressive during their first game of season. The Mystics faced off with the Indiana Fever and their offense was elite putting up 101 points and that led to a 25 point victory. In the first game it was Myisha Hines-Allen who was the star of the show putting up 27 points, 10 rebounds, and two assists. Aerial Powers was also strong for the squad putting up 16 points, five rebounds, and two assists. The offense was good but there will probably be some talk about how the defense could have been better.

The Mystics were good in the first game and they are going to have no issue in this game. Look for Washington to run up the score and that will lead to them winning this game and covering the spread.

Get Premium Picks Start Winning Now »
The pick in this article is the opinion of the writer, not a PickDawgz site consensus.
Previous Pick
Las Vegas Aces vs. Chicago Sky - 7/26/20 WNBA Pick and Prediction
Next Pick
Chicago Sky vs. Los Angeles Sparks - 7/28/20 WNBA Picks and Prediction