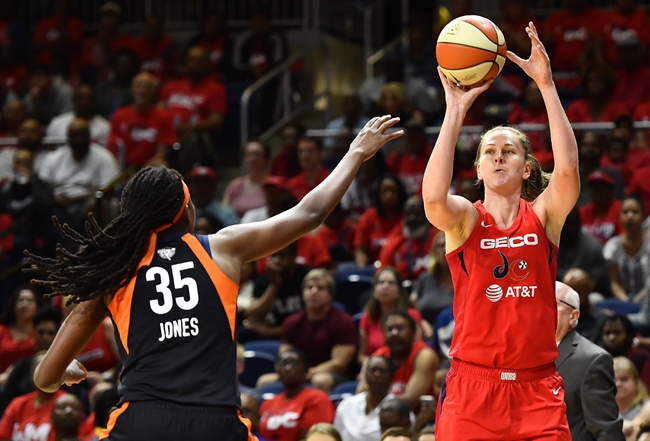 The Line: Washington -3.5-- Over/Under: Click Here for the Latest Odds

The Washington Mystics and Indiana Fever face off on Saturday in their first WNBA game of the season at IMG Academy.

The Indiana Fever found a little success last season to close out their season going 7-7 over their last 14, but overall they only finished with 13 wins. The hope is they can build off some of the momentum they had, and come away with some big wins this season. The good news for the Fever iis some of the players that helped them find success late, is back this season Kelsey Mitchell was the star last year for the Fever averaging 13.6 points while shooting 37.4 percent from deep. Victoria Vivians is also back this season after having a strong rookie season. This is a team that isn’t used to have a whole lot of success, but there is hope that this year could be different. They have some strong players they just need some of the other young players to step up.

On the other side of this matchup is the Washington Mystics who won the WNBA Championship last season over the Connecticut Sun. One of the big issues for the Mystics heading into this season si they are very shorthanded. Elena Delle Donne, Natasha Cloud, Kristi Toliver and LaToya Sanders all aren’t with the team, and without them there is some real fear that there could be some real struggles with the squad. Emma Meesseman is still on the squad after being name the WNBA Finals MVP last year.

The Mystics are 6-0 straight up against the Fever in their last six matchups. Five of the last six games played between these two squads went over the total.

The Mystics might have dominated this Fever squad, but it’s a lot different this year with how many players the Mystics are missing on this squad. In this one the Mystics are going to struggle to score and that will lead to the Fever getting the job done.

Get Premium Picks Start Winning Now »
The pick in this article is the opinion of the writer, not a PickDawgz site consensus.
Previous Pick
Phoenix Mercury vs. Los Angeles Sparks - 7/25/20 WNBA Picks and Prediction
Next Pick
Minnesota Lynx vs. Connecticut Sun - 7/26/20 WNBA Pick and Prediction