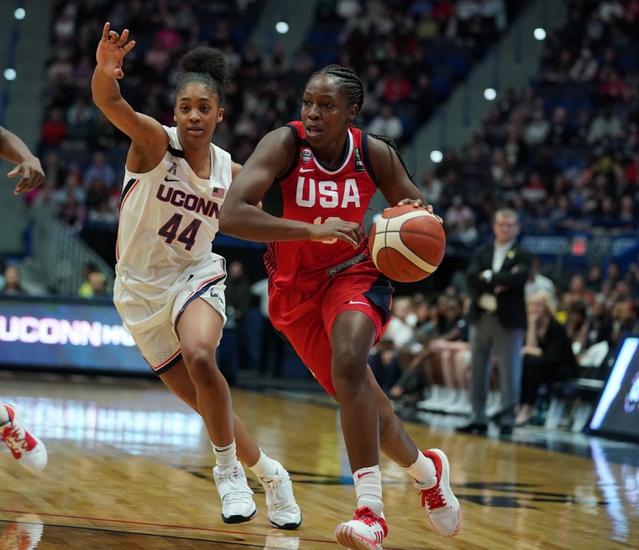 The Line: Phoenix Mercury +4.5 Click Here for the Latest Odds

The Phoenix Mercury and the Los Angeles Sparks face off on Saturday in their first game of the WNBA season at IMG Academy.

The Los Angeles Sparks have been one of the best teams in the WNBA for many years and last season was no different. They made it all the way to the semifinals after having 22 wins during the regular season. This was already a loaded team last season and they brought in Seimone Augustus, a player who was a problem for them for years when she was a member of the Minnesota Lynx. Adding Augustus to a team that already includes players like Candace Parker, Nneka Ogwumike, and Chelsea Gray is a problem for the rest of the league. As talented as the Sparks as they won’t have Chiney Ogwumike and Kristi Toliver, both players who decided to sit out.

The Phoenix Mercury for years were one of the best teams in the WNBA but they are coming off a year where they only won 15 games. The good news for the Mercury is they did get better with the moves they made this offseason. The team swung a trade to bring in Skylar Diggins-Smith a player who is going to be a difference maker for this squad.