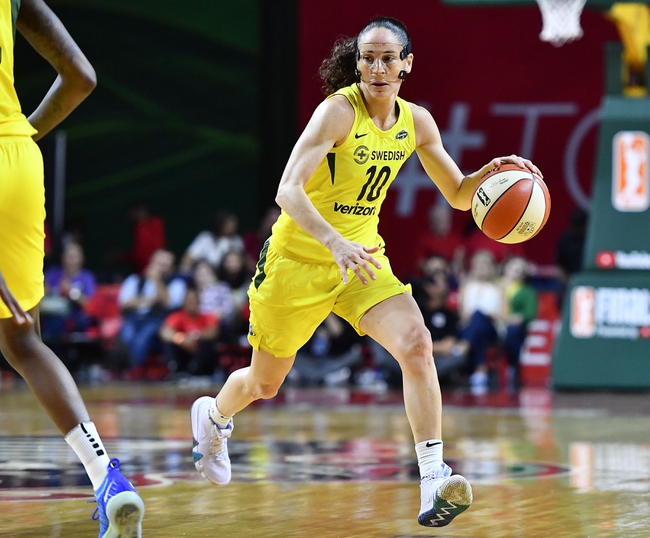 The New York Liberty and Seattle Storm face off in their first game of the season on Saturday at IMG Academy.

The New York Liberty had a really down season last year finishing with only ten wins overall, and the hope is this season they can be better. The good news about the Liberty winning only ten games last season is that meant they got a chance to get Sabrina Ionescu who very soon should be considered one of the best players in the NBA, if she isn’t already considered that.

Last season in 33 plays with the Oregon Ducks, lonescu averaged 17.5 points, 9.1 assists, and 8.6 rebounds per game. The Liberty have a new coach in Walt Hopkins who hopes to get this squad back to being competitive. In this game it’s only lonescu’s first game in the WNBA but they need her to have a big game.

On the other side of this matchup is the Seattle Storm who had a lot of success last season winning 18 games and the hope is this season they can build off that and maybe win another NBA title. The Storm are led by Breanna Stewart who are still two of the best players in the WNBA and they will be leaned on heavily this season. Jewell Loyd, Epiphanny Prince and Jordin Canada, and Natasha Howard are all players who will also be leaned on off the bench.

There is no doubt about the talent for Seattle, but lonescu is a game changer for New York. In this game look for lonescu to have a big game and really make the rest of the NBA take notice. It wouldn’t be shocking if the Liberty win this game, but we will take the points just to be safe.

Get Premium Picks Start Winning Now »
The pick in this article is the opinion of the writer, not a PickDawgz site consensus.
Previous Pick
Washington Mystics vs. Connecticut Sun - 10/10/19 WNBA Pick, Odds, and Prediction
Next Pick
Phoenix Mercury vs. Los Angeles Sparks - 7/25/20 WNBA Picks and Prediction