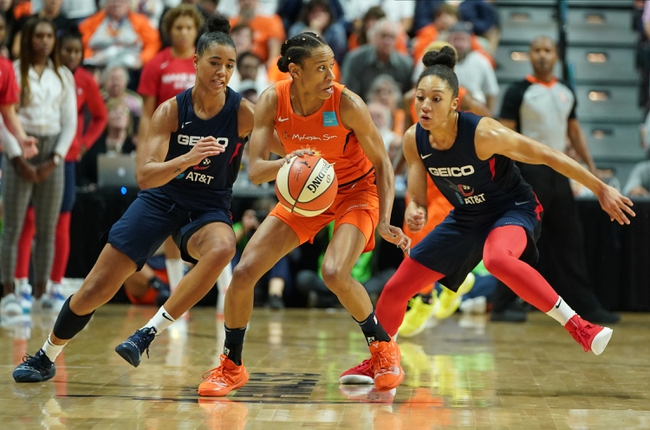 Where to Watch: ESPN2, TSN Stream live sports and exclusive originals on ESPN+. Sign up now!

The Connecticut Sun and Washington Mystics meet Thursday in game five of the WNBA Finals at the Entertainment and Sports Arena.

We've been saying all season that the Connecticut Sun aren't the same team on the road as they are at home, and they're actually losing on the road this season by an average of 2.4 points. The Washington Mystics have been covering machines at home where they win by an average of 14.8 points and shoot 48.4 percent from the field. However, this is game five of the finals, and I have a hard time leaving this many points on the table. The Sun have also won five of the last eight meetings against the Mystics. Give me the points in what should be another nail biter given what's on the line.

See you guys next season!

Get Premium Picks Start Winning Now »
The pick in this article is the opinion of the writer, not a PickDawgz site consensus.
Previous Pick
Connecticut Sun vs. Washington Mystics - 10/8/19 WNBA Pick, Odds, and Prediction
Next Pick
New York Liberty vs. Seattle Storm - 7/25/20 WNBA Pick and Prediction