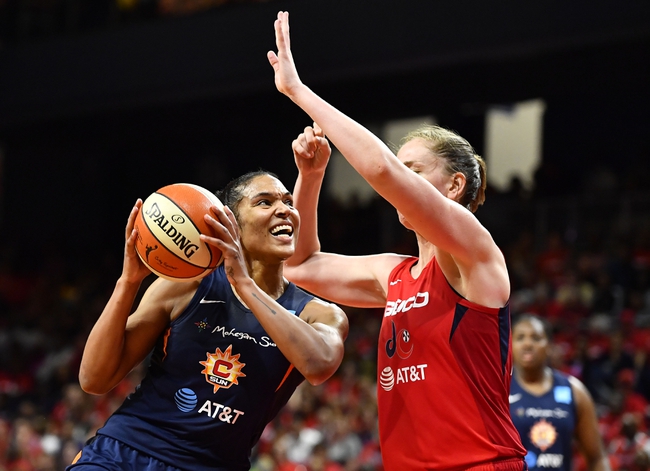 The Washington Mystics and Connecticut Sun meet Sunday in game three of the WNBA Finals at the Mohegan Sun Arena.

The Connecticut Sun have already been a covering machine at home where they win by an average of 10.8 points. You have to like them even more here with Elena Delle Donne and Ariel Atkins expected to miss this game due to injuries. We just saw how much the Mystics struggled in game two once Delle Donne left the game. The Connecticut Sun should have a field day here and this line feels a bit light. I'll lay the reasonable number with the home team.