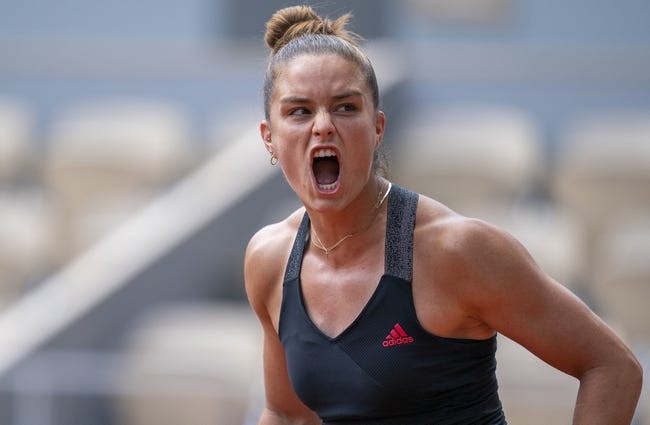 The Line --- Over/Under Click Here for the Latest Odds

Barbora Krejcikova and Maria Sakkari meet Thursday in the semifinals of the 2021 tennis French Open.

Maria Sakkari is coming off a straight sets win over Iga Swiatek that took 20 games to decide. In the victory, Sakkari won 83 percent of her first serve points and 52 percent of her second serve points. Sakkari won 69 percent of her total service points and converted on three of her eight break points. Sakkari saved five of her six break points and hit five aces. Four of Sakkari’s five victories have come in straight sets. Sakkari looks to make his first grand slam final appearance and her third final appearance overall. Sakkari hasn’t made a final since the 2019 Morocco Open. Sakkari has won six of her last seven matches on clay court.

Krejcikova won the only match against Sakkari, which was this year in Dubai. The match was decided in straight sets and 21 games.

You could argue Krejcikova has played the cleaner tennis up to this point and the fact she won the only meeting gives her an edge. However, Sakkari is the better player overall and just made quick work of the player favored to win the tournament. At this point, Sakkari has to be the favorite to win the French Open.

Get Premium Picks Start Winning Now »
The pick in this article is the opinion of the writer, not a PickDawgz site consensus.
Previous Pick
Tamara Zidansek vs Anastasia Pavlyuchenkova French Open Tennis Picks and Predictions 6/10/21
Next Pick
Stefanos Tsitsipas vs Alexander Zverev French Open Tennis Picks and Predictions 6/11/21