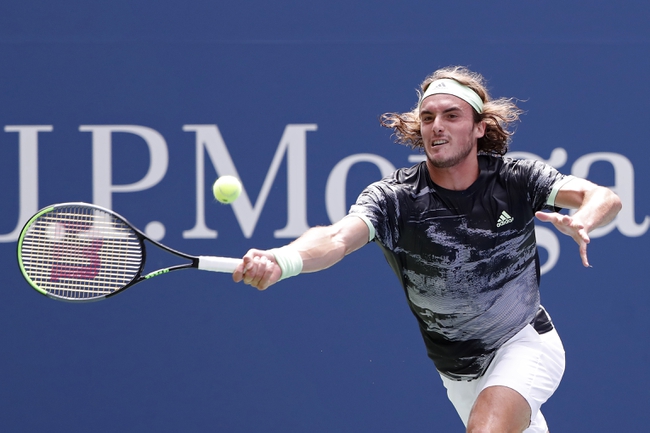 The Final of the 2020 Dubai Open is finally here! We have the No.1 and No.2 seed, Novak Djokovic and Stefanos Tsitsipas, meeting and it is going to be such an exciting final. Old Gen vs Next Gen, who will win?

Novak Djokovic came through an absolute thriller against Gael Monfils, saving 3 match points in the second set tiebreak to eventually win it in the third. Monfils was absolutely dominating Djokovic and he just lifted his foot off the gas when he had those 3 match points in my opinion. Monfils lost this match, Djokovic didn't win it. As soon as Monfils gave away all those points in the tiebreak, he just could not get his level up again and the soreness in his legs made it hard for him to move around the court. If he had just a little more energy, Monfils would have won.

Stefanos Tsitsipas put on a dominant display against Brit, Dan Evans, beating him in straight sets. Tsitsipas has been incredible since the end of 2018 and he has continuously grown as a player both in the way he plays his game, but also in the way he manages his emotions. Tsitsipas is the most composed young player, he is able to maintain focus in big point situations and he is able to capitalise. Tsitsipas reached the final here last year, so he is not scared of being on such a big stage. Tsitsipas knows he can win this title and he will give it his everything on Saturday to make sure he is the champion.

This is going to be the fifth meeting between both players and it is tied at 2-2 in previous encounters. The bookies predict Djokovic will win this in straight sets, but I just don't see that. Djokovic will be extremely tired after that match against Monfils, and no offence to any Djokovic fans, he just did not win that match in my opinion. Monfils handed him the victory with his inability to close it out and his lack of focus once he thought he had it in the bag. Djokovic will need to drastically improve if he wants to win here, but in my opinion, Tsitsipas comes out and performs amazingly.