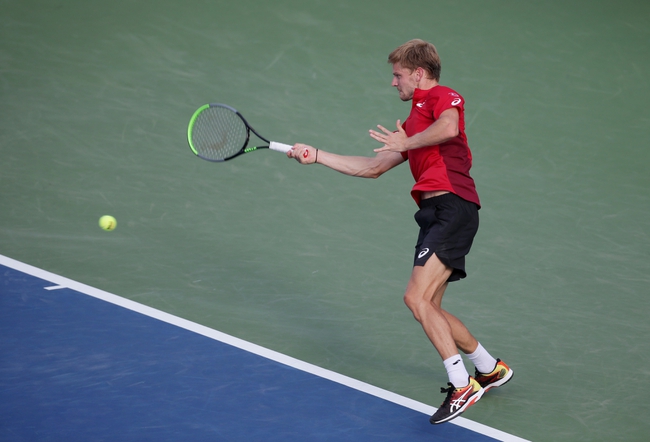 David Goffin meets Jannik Sinner in the second-round of the 2020 Rotterdam Open.

Goffin came through a hard-fought match against Robin Haase which was a shock to even go to a third set for most viewers. Goffin is in good form, but he did not play to his best in the first-round. Goffin is a solid baseline player and is able to move opponents around the court with ease. Goffin is highly experienced and will have top use his experience to learn from this hard match and come through in the next round.

Jannik Sinner came through to the second-round thanks to the retirement of Radu Albot. Sinner is one of the future stars of the game, and if I am perfectly honest, I believe he is overhyped. Of course he can play extremely well, but we have only really seen a few tournaments from this kid. Sinner needs to make sure he concentrates on continuously improving his game and doesn't get involved in the hype around him. Sinner can be one of the best future players, but he can as easily become one of the ones who fall out of the light.

This will be the first meeting between these two players, and I only see it going one way. David Goffin will come out, learn from his first-round match, and be concentrated from the start. This match might go to a 3rd set, but Goffin will come out as victorious.