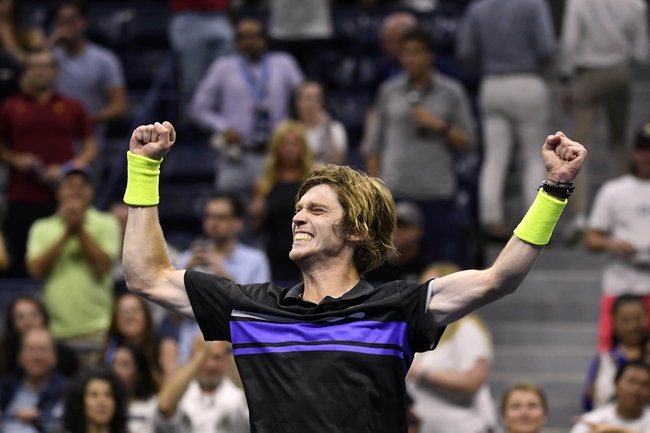 Andrey Rublev meets Alexander Bublik in the second-round of the 2020 Rotterdam Open.

Alexander Bublik put on a show in his first-round victory against Gregoire Barrere. Bublik is always a fun player to watch because you never know how he will play. Bublik has a big serve, and moves incredibly well around the court. The only fault in Bublik's game is his lack of concentration, he seems to me to be similar to a young Gael Monfils, filled with talent, but does not concentrate always in matches.

Andrey Rublev was dominant in his first-round victory over Nikoloz Basilashvili. Rublev finished the match in 55 minutes against an opponent who had a winning H2H record against him. Rublev is showing us that 2020 might be his year. The Russian has already won 2 titles this year, and if he continues to play with the form he is in right now, it is certain he will add to that number. Rublev will be one of the best players in the future if he continues to focus on improving his game.

These two players have met twice before. Rublev won both of those encounters. This match will most likely go the same way. Bublik has incredible talent, however, he doesn't concentrate when he needs to. Bublik is more in it for the show, he loves to entertain, but that doesn't mean he wins matches. On the other hand, Rublev seems to be focused on continuously improving his game. Rublev has only lost 1 match out of 13 this year, and I don't see his second loss coming to Bublik.