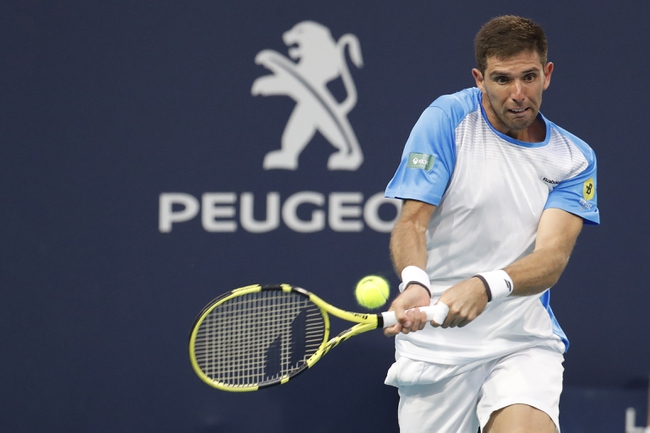 Federico Delbonis takes on Pablo Cuevas in the first round of the 2020 Cordoba Open on Monday, February 3 2020.

Pablo Cuevas will be looking forward to this tournament. The Uruguayan veteran loves playing on clay and is able to pull out some of the best tennis ever seen on these courts. Pablo Cuevas' one-handed backhand and incredible shot making abilities allow him to confuse opponents whilst also putting on a show for the spectators. Cuevas is getting older and is cherishing his time on court more now than ever. This will be an interesting tournament where if he plays how we know he can, he could go far.

Federico Delbonis is an amazing player in 250 tournaments and his last match against Rafael Nadal at the Australian Open was an incredible show where he was unlucky not to win a set. Delbonis is obviously playing at home and will want to impress his country. Delbonis' left-handed forehand and incredible strength can make the best players struggle, but with Delbonis it is hard to know whether he will show up in every match.

These two have split their 4 meetings 2-2. Delbonis won their most recent meeting in 2019 on clay and won easily in straight sets. I believe that Cuevas will not win as easily this time around, but that this match will be a hard fought match by both players, it is hard to predict who will come out on top, but surely this will be a 3 setter. Cuevas has more experience than Delbonis and is amazing on clay courts, Delbonis is stronger and is playing in his home country. Give me 3 sets.

3 sets in the match.

Liam’s Pick 3 sets in the match.