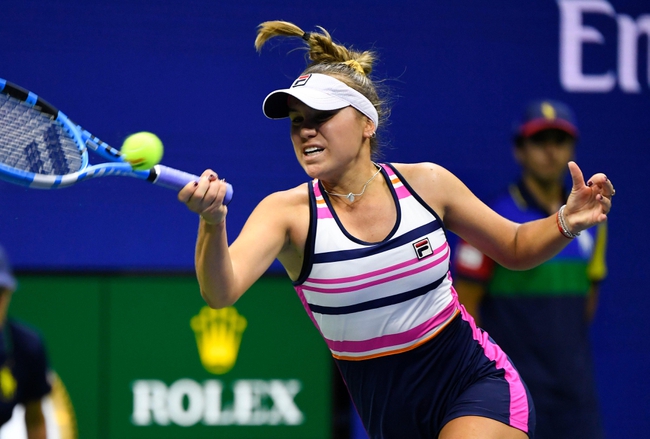 Sofia Kenin and Garbine Muguruza meet in the final of the 2020 tennis Australian Open.

Sofia Kenin is coming off a straight sets win over Ashleigh Barty that took 25 games to decide. In the victory, Kenin won 69 percent of her first serve points and 63 percent of her second serve points. Kenin won 67 percent of her total service points and converted on two of her four break points. Kenin got 70 percent of her first serves in play and hit 16 winners to 25 unforced errors. Not the cleanest match in the world for Kenin, but she’s won six straight sets and that confidence is through the roof right now. Kenin looks to win her first grand slam title and the fourth title of her career overall. Kenin is 3-1 in final appearances for her career. Kenin has won won seven of her last eight matches on hard court.

These two played once, which was last year in Beijing, a match Kenin won in three sets. The match was decided in 22 games.

Muguruza has the clear edge due to experience, and when she’s playing at her best, she makes a case for being the best player in the world on the women’s side. However, Kenin has done more than prove she can hang with the top players in the world and her feistiness gives her a fighting chance in a match this big. Kenin doesn’t fold in the moment and has an attitude that makes you believe she can fight her way to victory. The plus money makes Kenin a solid value bet.

Give me the American.