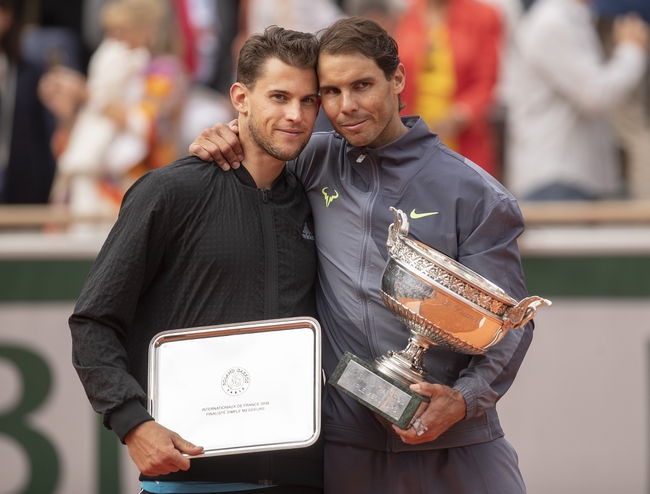 Rafael Nadal meets Dominic Thiem in the quarterfinal of the 2020 Australian Open on Wednesday, January 29 2020.

Dominic Thiem played an incredible match against Gael Monfils in the fourth-round on Monday and secured his spot in the last 8 in Australia. Thiem was strong in rallies and his backhand was on fire. Thiem has been able to evolve his game and continuously improve his ability to win points on hard-courts. Thiem will now have his hands full against a rival which he has had many great matches against, Rafael Nadal.

Rafael Nadal was absolutely phenomenal against Nick Kyrgios. The Spaniard was able to win in 4 sets and was strong throughout the entire match. Nadal's serve was great throughout the match and enabled him to move Kyrgios around the court and dictate play. Nadal is one of the greatest competitors of all time and the Spaniard always gives 110% in every match. Nadal will want to win his second Australian Open title and will have to beat Dominic Thiem to get to the semifinals.

These two have met 13 times before. Rafael Nadal leads the H2H 9-4 and has always beaten Thiem on the biggest of stages. Both these players know each others game and will be able to win points against each other. However, there is only one winner in this match. Nadal will win this match, use his experience and book his spot in the semifinals of the 2020 Australian Open.