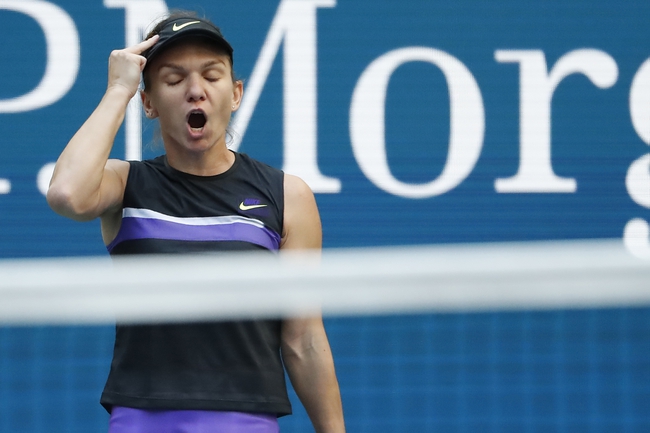 Simona Halep and Anett Kontaveit meet in the quarterfinals of the 2020 tennis Australian Open.

Simona Halep is coming off a straight sets win over Elise Mertens that took 20 games to decide. In the victory, Halep won 74 percent of her first serve points and 33 percent of her second serve points. Halep won 61 percent of her total service points and converted on five of her 14 break points. Halep got 68 percent of her first serves in play and hit 21 winners to eight unforced errors. Halep has yet to drop a set this tournament, but she could be sharper with her second serve and will need to be if she hopes to win her third career grand slam title. Halep hopes to make her fourth grand slam semifinal since 2018 and the second semifinal trip at the Australian Open of her career. Halep is 7-6 in career grand slam quarterfinal matches. Halep has won five of her last six matches on hard court.

These two have played twice and Halep won both meetings in straight sets. The most recent match was in Rome of 2017, a match Halep won in 18 games.

The h2h is a small sample size, but it does show that Halep has little trouble with Kontaveit’s game for the most part. This is also the point in the tournament where experience plays a major role, and this is the first serious run Kontaveit has had in a grand slam, while Halep has been here done that.

I have to side with Halep in this match for obvious reasons, and I’ll take her in straights for added value.