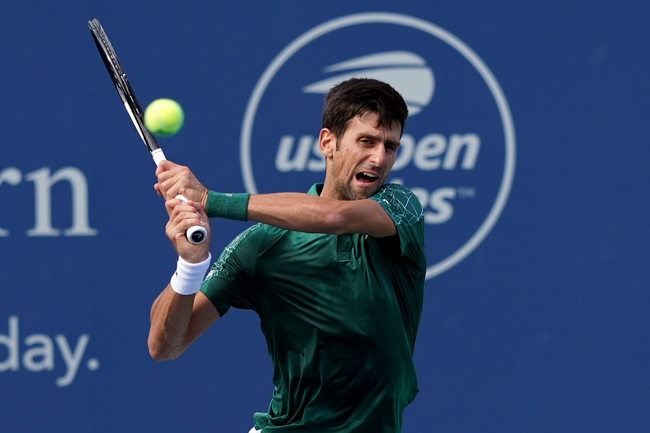 Milos Raonic and Novak Djokovic meet in the quarterfinal of the 2020 tennis Australian Open.

Milos Raonic is coming off a straight sets win over Marin Cilic that took 31 games to decide. In the victory, Raonic won 74 percent of his first serve points and 48 percent of his second serve points. Raonic won 74 percent of his total service points and converted on three of his eight break points. Raonic got 79 percent of his first serves in play, saved all four break points and racked up 28 aces. Raonic has yet to drop a set this tournament and has won four straight matches for the first time since Indian Wells. Raonic has quietly put himself in the conversation for somebody who can win this title if he keeps serving at this level. Raonic hopes to make his fourth career grand slam semifinal and the second at the Australian Open. Raonic is 3-6 in career grand slam quarterfinal matches. Raonic has won five straight matches on hard court.

These two have played nine times and Djokovic has won all nine matches, including the most recent in 2018 Cincinnati. Seven of the nine matches were decided in straight sets.

Raonic is more than capable of winning this match with the way he’s serving, and I actually wouldn’t talk you off the ledge if you were looking to take a shot with the plus money. However, the h2h isn’t kind to the Canadian and most of those matches weren’t all that competitive. Djokovic also has the best return on the mens side, so you have to believe he can crack the code and get some looks at break points.

I’ll take Djokovic to win this match in four sets.