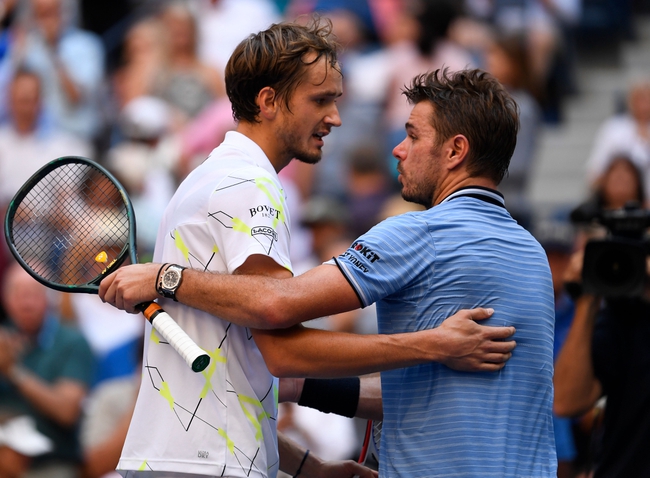 Daniil Medvedev meets Stan Wawrinka in the fourth-round of the 2020 Australian Open on Monday January 27 2020.

Daniil Medvedev showed us once again how good he is on the big stage. The Russian beat Alexei Popyrin in straight sets and secured his spot into the second week of the Australian Open. Medvedev’s serve was great, and his return of serve was even better. Daniil is continuously improving as a player and it will be great to see how far he can go this year.

Stan Wawrinka booked his spot into the fourth-round of the 2020 Australian Open through a retirement. John Isner retired after the first set of their match due to injury. Wawrinka is playing well but not at the level which we have become accustom to seeing over the last 10 years. Wawrinka will need to improve his game if he wants to go further in the tournament.

These two have met twice before with Medvedev winning both encounters. Both of their encounters were at Grand Slams, with the most recent one being the quarterfinal of the 2019 US Open. Medvedev is a great returner and is able to take control of matches. Wawrinka has not yet found a solution to Medvedev’s game and will have to work extremely hard if he wants to beat the world number 4. Medvedev is on a mission to win the Australian Open and he will come out victorious.