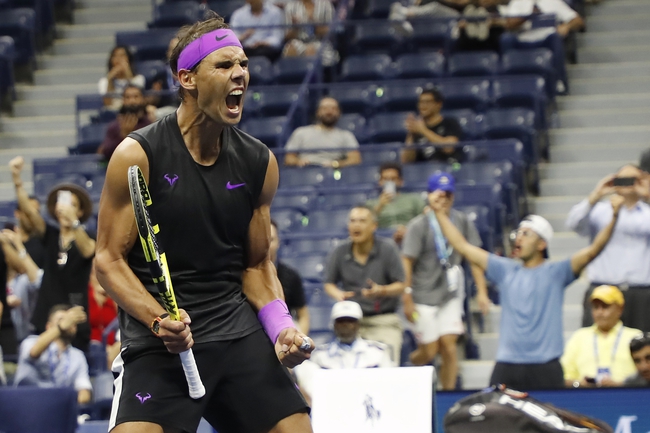 Rafael Nadal still aims to find his best game when he faces fellow Spaniard, Pablo Carreno Busta in the third round of the 2020 Australian Open on Saturday 25 January 2020.

Rafael Nadal came through his second-round match with some trouble. The 19-time Grand Slam champion was only 3/20 from break points and did not win the match in as convincing fashion as expected. Nadal was still able to come out in straight sets but the flaws in his game were clear. Rafael is yet to find the form which won him the US Open last year and the Spaniard will need to find it quickly if he wants to ensure he stays in the tournament.

Pablo Carreno Busta has been playing extremely well. Of course Pablo’s opponents have not been as good as him, but we cannot discount that he is continuing to evolve as a player and finding his best game. Carreno Busta will have his hands full when he comes up against friend, and fellow Spaniard, Rafael Nadal. Pablo will have to have all the tricks up his sleeve, but looking at Nadal’s second round match against Delbonis will give Carreno Busta some hope to get into the rallies.

These two players have met on 4 occasions with Nadal winning all 4. Out of these 4 matches, Pablo Carreno Busta was only able to take one set off the world number one and it will be hard to see him do that here in Australia. Nadal had an average game in the second round, and he will be determined to show that he can play better and that he still has the form that won him the US Open. Nadal will come into this match strongly and ensure that he does not miss the same chances he missed against Delbonis. Pablo Carreno Busta can only hope to not get too embarrassed by Rafa.