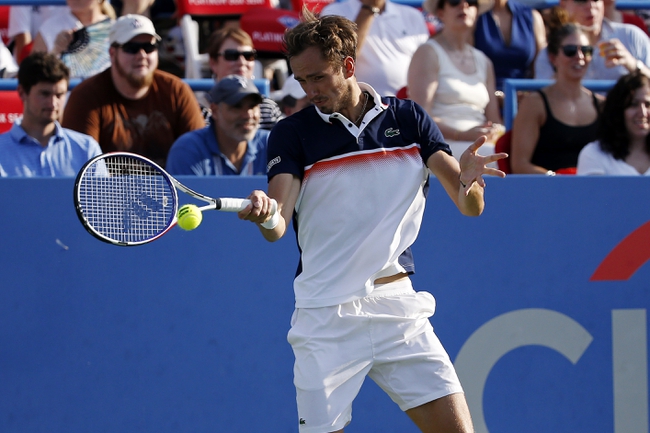 World number 4, Daniil Medvedev, meets Australian native Alexei Popyrin in the third round of the 2020 Australian Open on Saturday January 25 2020.

Medvedev booked his spot in the third round with a straight sets victory against Pedro Martinez Portero. Medvedev played extremely well in the last two sets but struggles with his serve in the first set. Daniil Medvedev is always entertaining, and his first two matches were very fun to watch. The Russian’s ability to move opponents around the court and be able to play extremely long rallies makes me believe that he is one of the favourites to win this tournament.

Alexei Popyrin is an up-and-coming Australian star who has a lot of potential. Popyrin won his second-round match against Jaume Munar who is not very good on hard courts and is more of a clay court specialist. Popyrin is tall, has a big serve and will provide Medvedev a good challenge in their meeting. Alexei Popyrin will one day become one of the main guys on the tour if he is able to fulfil his potential.

These two players have met once before. Medvedev won their only encounter in 4 sets at Wimbledon last year. In Medvedev’s post-match interview he said that his match against Popyrin was extremely hard and it will be the same this year. Medvedev is of course the best player, but as we saw sometimes throughout the Russian’s second round match, he can lose concentration. Medvedev will win this match, but I think the Aussie star can take a set off the world number 4.