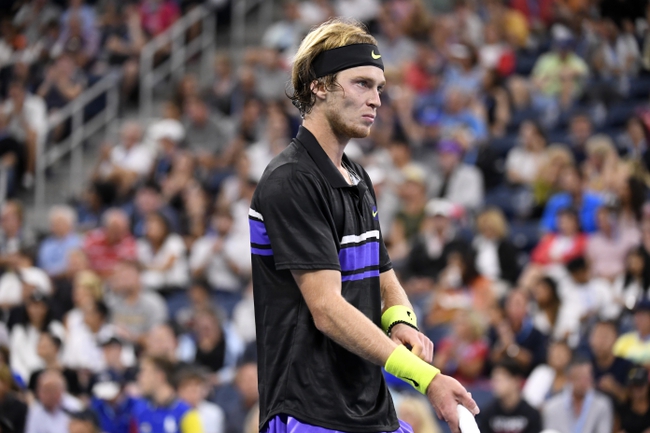 David Goffin meets Andrey Rublev in the third round of the 2020 Australian Open on Saturday January 25 2020.

David Goffin came through a tough 5-set match against Frenchman Pierre Hughes Herbert in which Goffin was 2 sets up and then let the match slip until the final set. Goffin is a strong player and is able to beat the best players in the world. The Belgian beat Rafael Nadal in straight sets a few weeks ago at the ATP Cup. Goffin will want to gain points and show us that he is still improving as a player by reaching the later stages of this tournament.

Andrey Rublev has had an incredible start to the 2020 season, winning two ATP Tour titles in 2 weeks! The young Russian star is an amazing player and has already beaten the best, such as Roger Federer, in his young career. Rublev is strong from the baseline and is extremely fast around the court. His game is continuously improving, and it will not be a shock if he reached the top 10 in the next few years.

This will be the second meeting between these two players with Rublev winning their first encounter in 2017 at the US Open. Rublev is on fire at the moment and has a lot of momentum coming into this match. Goffin, on the other hand, has struggled a bit this tournament and has a lot more hours on court than Rublev. Rublev can use this as an opportunity to beat Goffin who might be tired and not as good as the Russian at the moment.