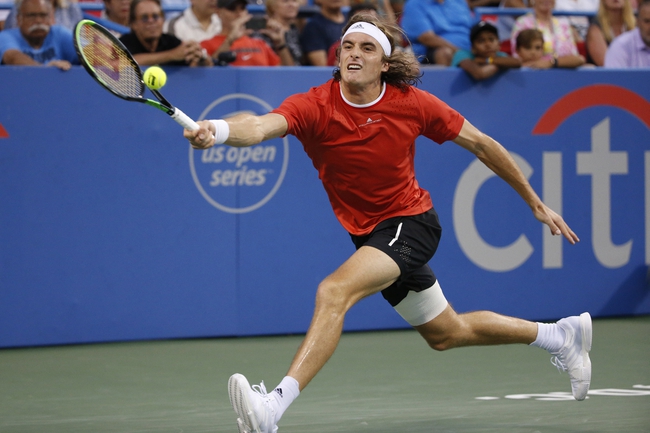 Stefanos Tsitsipas will face a tough opponent in Milos Raonic in the third round of the 2020 Australian Open on Friday 24 January 2020.

Tsitsipas got a free ride to the third round after Philip Kohlschreiber retired even before they played. Tsitsipas showed us in his opening round match that he means business here in Melbourne. Stefanos was strong from the baseline and his serve was impeccable. Tsitsipas comes into this third round in incredible form and will want to knock out a more experienced player in Milos Raonic.

Milos Raonic has not had the best start to his 2020 season, losing in Qatar to Corentin Moutet. Raonic has not played much since the second half of 2019 because of injury and his game is yet to reach its potential. Raonic is a strong player, great server and quick around the court. But will his lack of play taunt him against Tsitsipas who is full in confidence at the moment?

This will be the first meeting between these players, and it will be a very exciting one. Tsitsipas will come out and perform at his highest level and Milos Raonic will try to use his experience to challenge the young Greek superstar. Tsitsipas is definitely the favourite for this encounter, but it will not be as easy as the Greek would like it to be. Stefanos will need to maintain his composure and expect to not just walk over Raonic.