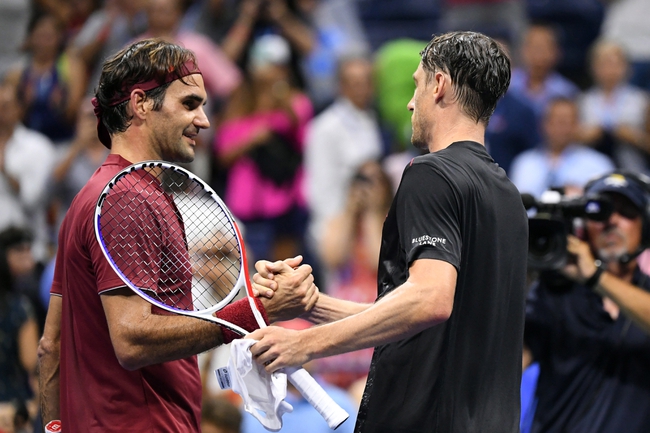 Roger Federer will face an opponent who has upset him before at a Grand Slam when he meets John Millman in the third round of the 2020 Australian Open on Friday 24 January 2020.

Federer cruised through his second-round match as easily as he cruised through his first-round match. Federer said that it would take him at least 3 matches for him to be at full capacity and be able to play his best tennis and his next challenge will not be as easy as prior. Federer only lost serve once throughout his second-round match and responded by breaking back straight away. The Swiss looks in great form and if his level can get even better, then the players on his path should be wary.

John Millman beat Polish number 1, Hubert Hurkacz, in straight sets. Millman was able to dictate play, and outpower his opponent in a match which many thought would be much longer and closer than it was. Millman is a great player, and when he plays in his home country, his level seems to rise even more. Will he be able to upset Federer for a second time?

These two players have met 3 times before and Roger Federer leads the H2H 2-1. However, the one match where Millman beat Federer came at the 2018 US Open in an upset which many did not ever imagine possible. Millman outplayed Federer who looked beat and tired. Will we see a replay of this on Friday? Federer will want revenge for that match and will show us all that he is not messing around. Federer will come out and outsmart Millman and prove that his loss was only a fluke and it will never happen again.