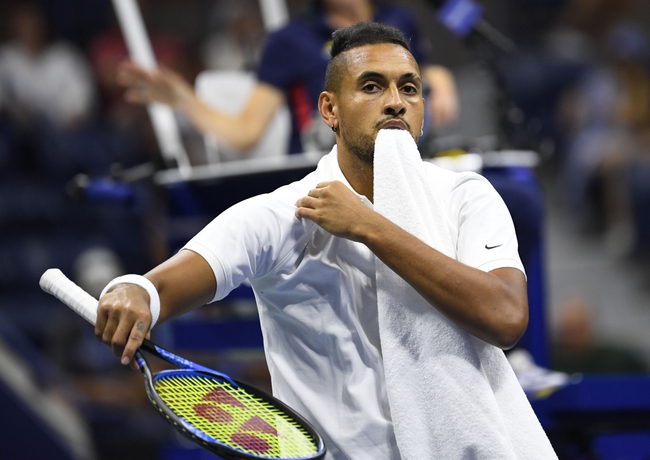 Australian native, Nick Kyrgios, meets Frenchman, Gilles Simon, in the second round of the 2020 Australian Open on Thursday 23 January 2020.

Kyrgios came out on Tuesday and showed us once again why he is such an amazing talent. Kyrgios beat Lorenzo Sonego in straight sets and did not give Sonego any break point opportunities. Kyrgios’ serve, and forehand were on fire and he dictated the match from the get-go. Kyrgios will want to go far in this tournament and finally show us that he means business in 2020.

Gilles Simon also had a very easy win in his first round. The Frenchman beat Pablo Cuevas in straight sets and did not face any real challenges along the way. Simon is at the backend of his career and will want to get the most out of every tournament he plays in. Simon is strong from the baseline and is able to play long rallies.

This will be the second time they play each other. In the first meeting, Kyrgios won in straight sets. This victory in Washington just over 6 months ago. Taking into consideration this matchup, the crowd, and the different skillsets these players have, it is easy to say that Kyrgios will win this match. This match could go to 4 sets, but if Kyrgios shows up playing his best, it can easily end in 3.