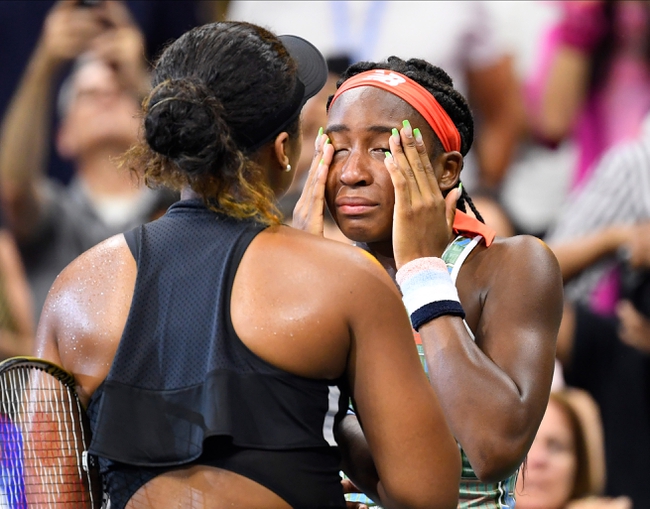 Naomi Osaka and Coco Gauff meet in the third round of the 2019 tennis Australian Open.

Naomi Osaka is coming off a straight sets win over Saisai Zheng that took 18 games to decide. In the victory, Osaka won 63 percent of her first serve points and 50 percent of her second serve points. Osaka won 57 percent of her total service points and converted on six of her 12 break points. Osaka has won her first two matches in straight sets, but she was a little loose with her first serve in her last performance, and she was broken three times. Osaka also has a combined 58 unforced errors through her first four sets, something she must clean up if she’s going to make a run toward the title. Osaka hopes to make the fourth round of a grand slam for the fourth time in her last six tries. Osaka has won five of her last six matches on hard court.

Coco Gauff is coming off a three sets win over Sorana-Mihaela Cirstea that took 31 games to decide. In the victory, Gauff won 73 percent of her first serve points and 45 percent of her second serve points. Gauff won 64 percent of her total service points and converted on three of her four break points. Gauff once again showed great mental toughness, as she found a way to win despite 39 unforced errors and nine double faults. At just 15 years old, Gauff continues to dig deep and fights through the match time and time again, even if she doesn’t have her best stuff on that particular day. Gauff looks to make the fourth round of a grand slam for the second time in three career tries. Gauff has won three of her last four matches on hard court.

These two played once, which was in the 2019 US Open, a match Osaka won in straight sets. The match was decided in 15 games.

Gauff is going to have a chance to win this match if Osaka continues to pile up the unforced errors, and I expect her to be a lot more competitive than the previous meeting, even if she doesn’t win. However, Osaka has to be heavily favored to win this match, as she’s the more polished player at this stage and has the ability to hit through Gauff. Unlike previous players against Gauff, Osaka will make her pay for the hiccups she throws in her matches.

I’ll be rooting for Gauff, but Osaka should win.