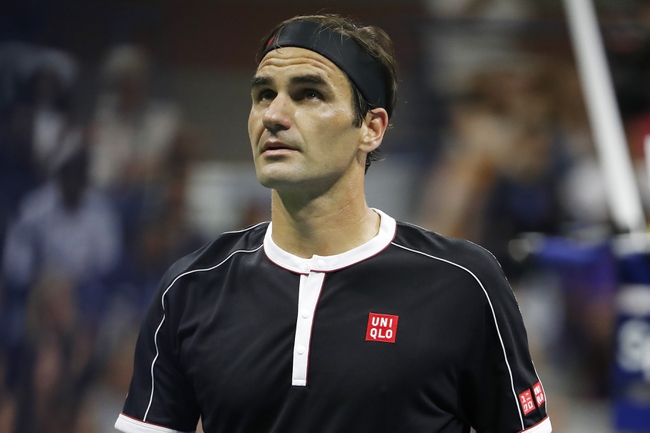 Federer cruised past Steve Johnson in the first round, winning in straight sets in less than 1 hour and 30 minutes. Federer showed us his ability to end points quickly and dictate the match in order to preserve energy for the later rounds of the tournament. The Swiss converted 5/9 break points and only let Johnson see one break point opportunity which he did not even convert. Federer said post-match that he is still getting a feel for the courts and playing as he has not played in a tournament for a few months and most of the guys on the tour have.

Federer’s opponent is Filip Krajinovic. Krajinovic had a very tough first round match against an opponent who is very unknown, Quentin Halys. Krajinovic won in 5 tough sets but when we look at the statistics, the Serb was lucky to come out with the victory at all. Krajinovic will face one of the toughest test’s in his career on Wednesday and will have to make sure he does not make one mistake if he wants to even compete.

These two have met 3 times before and of course Roger Federer won all of those encounters. Federer has only lost 1 set against Krajinovic but bounced right back to win that match with ease. This match is just another routine match for Federer to enhance his game and get a feel for the courts in Melbourne. Federer will win this match easily and preserve energy for the later stages of the tournament.