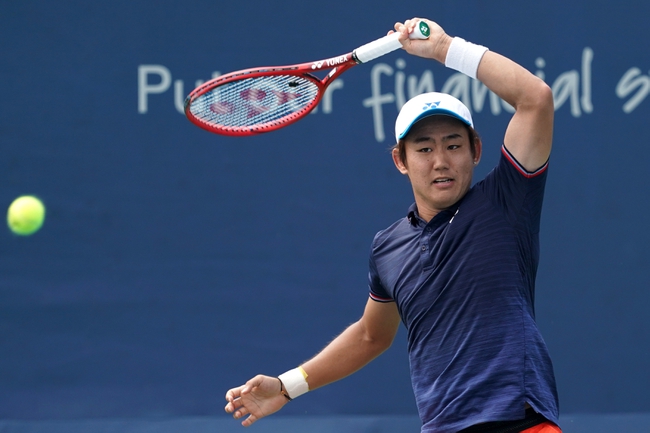 British bulldog, Daniel Evans, meets Yoshihito Nishioka of Japan in the second round of the 2020 Australian Open.

Daniel Evans had a rough first round match; the brit went 2-0 down and fought back to win the match in over 3 hours. Evans looked deconcentrated and not in the mood to play in those first two sets, but from the 3rd set onwards he turn the gears up and showed us why he helped Britain get to the quarterfinals of the ATP Cup. Evans is a very interesting player to watch, on his day he can beat the best, but when the brit doesn’t show up, he can lose to the worst. How far will he get in his 2020 Australian Open campaign?

One the other hand, Yoshihito Nishioka, won his first-round match in a more convincing fashion. The Japanese beat Laslo Djere in 4 sets. Nishioka is incredibly fast, agile and fun to watch when on the court. Yoshihito showed us what he is capable of at the ATP Cup where he was challenging Rafael Nadal in a match which could have gone the way of the Japanese. Nishioka is a special talent and only struggles because of his size and lack of serve.

These two players have met twice before. Nishioka won both of those matches in convincing fashion. Nishioka is faster, more experienced and has a better skillset. Adding onto this, Evans showed us that he is not experience on the big stages, and that it takes him a while to get going in matches. This lack of concentration and ability to show up to play will prove to be too much for Evans. Nishioka will dictate play and amaze us with his shot making abilities. Nishioka will win this match in 4 sets.

Yoshihito Nishioka will win this match in 4 sets.