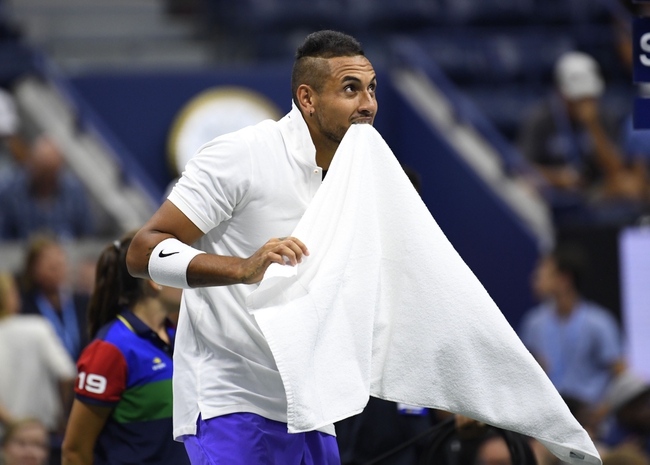 Australian sensation, Nick Kyrgios, starts his 2020 season against Lorenzo Sonego of Italy in the first round of the 2020 Australian Open on Tuesday 21st January 2020.

Nick Kyrgios is always a fun player to watch. Whether you love the Aussie or not, he does provide great entertainment and is exactly what the tennis world needs. Kyrgios is one of the best natural this sport has ever seen, but lacks the mentality and concentration needed in matches. Nick can beat the best in the world, but rarely does because the Aussie does not have a strong mental game. However, this lack of strong mentality and concentration has faded as we saw with Kyrgios playing extremely week for Team Australia during their run to the semi-finals of the ATP Cup. Kyrgios’ serve, forehand and shot unpredictability is incredible, and if the Aussie stays strong mentally, the sky is the limit on what he can achieve.

Lorenzo Sonego is an up-and-coming player who had a very good 2019. The Italian won his first title last year in Antalya and has already beaten some big names in the game, such as Fernando Verdasco and Karen Khachanov. Sonego’s height helps him with his serve and ability to get around the court. If Lorenzo has worked hard during the off season he could have an even better 2020.

These two players have met before, last year in Cincinnati. Kyrgios won that match in straight sets and did not give Lorenzo any opening throughout the match. When comparing these two players it is obvious who is the better player. Nick Kyrgios has more experience; a better overall game and he will have his fellow Aussie crowd supporting him. Lorenzo has yet to make an impact on the big stage and facing Nick in his own country will prove to be too much for him. Sonego might be able to take a set, if Nick loses his concentration or temper, but other than that I do not see him challenging in this match.

Nick Kyrgios will win this match in 4 sets.