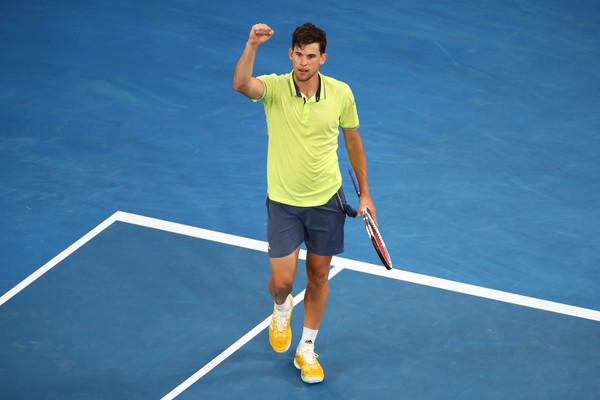 Dominic Thiem is an amazing player. His talent and work ethic make him one of the best players in the world, especially on clay. However, Thiem has shown last year that he is an all-court player and the Austrian loves hard courts. Thiem’s 2019 season was full of titles, he was the leader on the tour winning 5 titles. 3 of the 5 titles Thiem won were on hard courts, beating players such as Roger Federer on the way to winning. Thiem is strong, fast and experienced in big occasions. The Austrian will want to kickstart his 2020 season in style and show us why he is at the top of his game.

Adrian Mannarino is a good player, but when looking at his record, he only won his first title last year at 31 years old. The Frenchman has a strong game but really lacks the attacking nature which we see in the big players. Mannarino can provide entertainment with his shot making abilities, but Mannarino does not do that shot after shot and we can see a lot of dips in his level throughout matches. With Adrian’s game getting tested by younger and younger guys it will be interesting to see how the Frenchman’s 2020 season goes.

When comparing these two players, it is a one-sided affair. Dominic Thiem has a strong lead in their H2H, standing at 7-0. Thiem has beaten Mannarino in the biggest tournaments and the Austrian has bigger fish to fry than Mannarino. Thiem’s game is stronger, faster and although Thiem is younger, he is much more experienced on the big stage. Mannarino has only won 2 sets against Thiem in 7 matches and I do not see the Frenchman winning one here. Thiem wins this match easily.