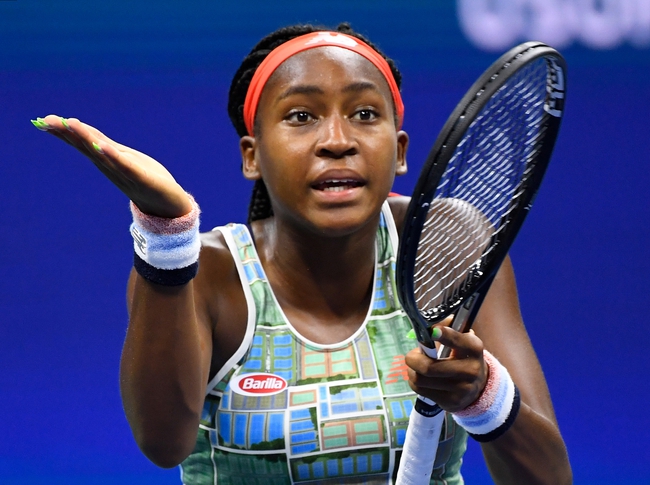 CoCo Gauff and Sorana-Mihaela Cirstea meet in the second round of the 2019 tennis Australian Open.

CoCo Gauff is coming off a straight sets win over Venus Williams that took 22 games to decide. In the victory, Gauff won 77 percent of her first serve points and 61 percent of her second serve points. Gauff won 71 percent of her total service points and converted on two of her six break points. Gauff showed great composure throughout the match despite having 30 unforced errors to 17 winners, and she was in complete control of the match from start to finish. As I’ve said before Gauff is well mature beyond her years. Gauff looks to make the third round of a grand slam for the third time in her young career. Gauff has won seven of her last nine matches on hard court.

Sorana-Mihaela Cirstea is coming off a straight sets win over Barbora Strycova that took 21 games to decide. In the victory, Cirstea won 58 percent of her first serve points and 65 percent of her second serve points. Cirstea won 61 percent of her total service points and converted on four of her six break points. Cirstea had 32 winners to 32 unforced errors and won a crucial second set tiebreak to prevent the match from being a lengthy three setter. Cirstea has now won six straight sets when you include qualifying and her ability to spray winners makes her dangerous to her second round opponent. Cirstea hopes to make the third round of a grand slam for the fifth time since 2014. Cirstea has won five of her last seven matches on hard court.

Cirstea doesn’t have a ton of grand slam success, but she has the experience and the shotmaking ability to put a scare into the young American. With that said, Gauff has shown us enough in a limited sample size to where she should be fine. As long as Gauff cleans up the unforced errors and continues to control her nerves, she cruises in the third round of the AO.

Give me Gauff in straight sets.