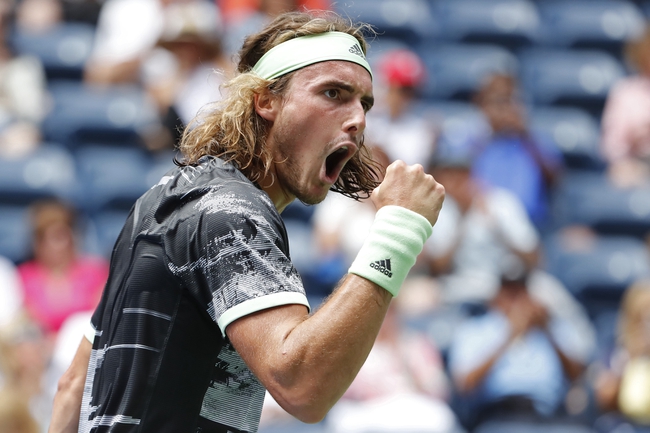 Stefanos Tsitsipas has become a household name in the world of tennis. The 21 year old Greek player has showed us that he is here to stay and is continously proving a point when playing. Tsitsipas recently won the ATP Finals in London, beating Roger Federer & Dominic Thiem on the way. The Greek’s amazing ability to move opponents around the court and his strong mentality provide him with the skills necessary to win matches. Tsitsipas made the Semi-finals of last year’s Australian Open and I believe he wants to go even further this year.

Salvatore Caruso is more of an unknown player. The Italian mainly plays on the Challenger Tour and has only 18 main draw ATP matches under his belt. There is not much to say about Caruso, he is an average player but cannot compete with the top players in the world. His game is not suited for the ATP Tour and following the Australian Open, the Italian will most likely go back to the Challenger Tour.

This will be the second meeting between these two players. Tsitsipas won the first encounter in straight sets in 2017. This match will go the exact same way. Tsitsipas will come out, try to prove a point that he is the future of tennis and will fight in every match. Tsitsipas will put on a show as always and beat Caruso with ease.