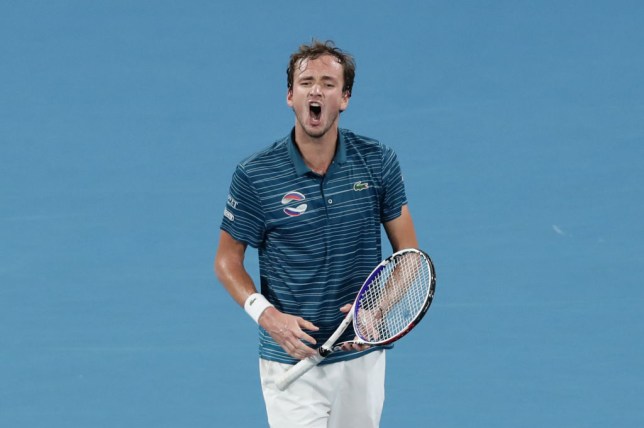 Daniil Medvedev, world number 4, will begin his 2020 season campaign against Frances Tiafoe in the first round of the 2020 Australian Open on Tuesday 21st January 2020.

The Russian superstar, Daniil Medvedev, has shown us that he is going to be around for a very long time. Medvedev recently achieved a career high ranking of 4th in the world and it is not hard to understand why. Daniil won 4 tournaments last year and even made a run to the 2019 US Open Final, in which he was very close to winning. Medvedev has a strong case to win the Australian Open and the Russian’s recent performances at the ATP Cup show us that he is still very hungry and determined to be the best player in the world. Medvedev’s amazing serve and incredible ability to play long rallies will ensure that the Russian will have a great 2020 season.

Frances Tiafoe, the future American star, had an up and down 2019. Tiafoe’s highlight of last year was at this same tournament where he was able to get to the Quarterfinals. Other than a few tournaments last year in which the American was able to make deep runs, Tiafoe has not shown us too much that allows us to think he will be able to compete with the best in the world. Tiafoe has to work on his serve and his patience in long rallies. Currently though, Tiafoe has not reached his potential, and this will take a lot of work.

These two players have met before and in a not so shocking revelation, Medvedev won both matches. Although Frances has a great flamboyant style of play, can be highly entertaining and fun to watch, the American will not pose any sort of threat to Medvedev in this match. The only thing that Frances might be able to do is win a set, and this is only because of Medvedev’s lack of concentration sometimes when winning a match. Other than that, Medvedev will be determined to show the world why he is going to be future world number 1 and a Grand Slam champion. Medvedev wins this match.

Medvedev wins this match in 4 sets.