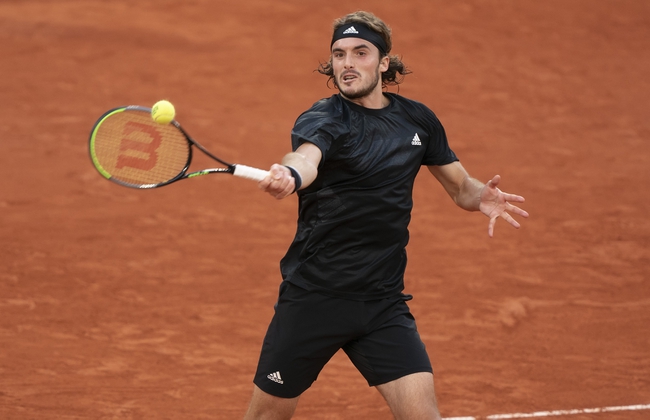 Novak Djokovic and Stefanos Tsitsipas meet in the semifinals of the 2020 tennis French Open.

These two have split the previous six matches with Djokovic winning the most recent match this year in Dubai. Three of the six matches went the distance and this will be the first time they meet in a grand slam. Djokovic beat Tsitsipas in the only match on clay, which came in 2019 Madrid.

Djokovic should be the favorite here for obvious reasons, but there’s some value on Tsitsipas. One, Djokovic has looked a little sluggish in his last few matches and could be injured a bit. Djokovic is moving a little sluggish, he’s not getting great lift on his serve and he’s had to push through some of these sets. Tsitsipas is playing the better tennis up to this point and he’s had success against Djokovic, beating him in 50 percent of the meetings. If Djokovic is not at the top of his game, Tsitsipas will make his first career grand slam final appearance.

I’ll take a shot with Tsitsipas and the big plus money.