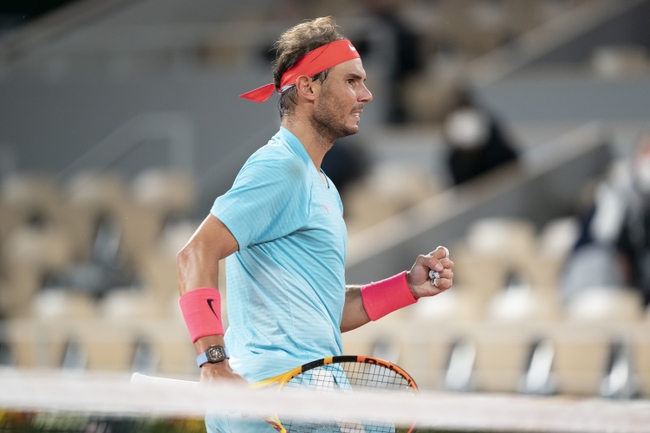 Diego Schwartzman and Rafael Nadal meet in the semifinals of the 2020 tennis French Open.

You can make a case for Schwartzman in this match given how sharp he’s looked since the sport came back and the fact he beat Nadal this year on his favorite surface. However, Schwartzman is coming off a marathon match and even with a day or two off, he has to be feeling it physically. Nadal has also cruised up to this point and is usually a machine at the French Open. There’s just no betting against Nadal at the French Open.

I’ll take Nadal and to shave down the ML price, I’ll take him in straight sets.