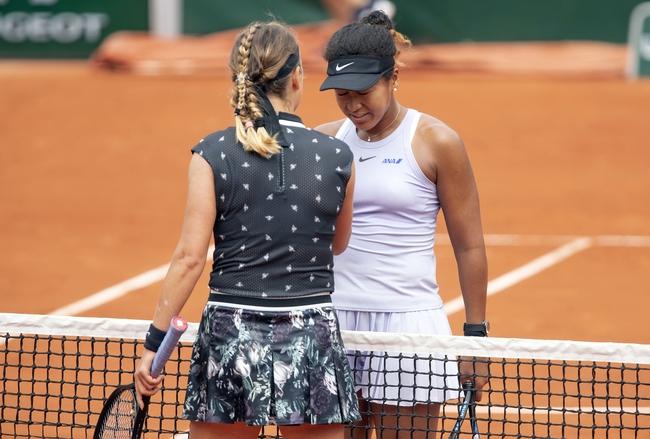 Naomi Osaka and Victoria Azarenka meet Saturday in the final of the 2020 tennis US Open.

Naomi Osaka is coming off a three sets win over Jennifer Brady that took 31 games to decide. In the victory, Osaka won 84 percent of her first serve points and 58 percent of her second serve points. Osaka won 73 percent of her total service points and converted on one of her four break points. Osaka got 57 percent of her first serves in play and hit 35 winners to 17 unforced errors. Osaka can obviously be better with her serve, but she’s shown great mental toughness and has now won three, three set matches in this tournament. Osaka look to win her third grand slam title of her career, second US Open crown, and the sixth title of her career overall. Osaka is 2-0 in grand slam final appearances and 5-3 in final appearances overall. Osaka has won 10 straight matches on hard court.

Victoria Azarenka is coming off a three sets win over Serena Williams that took 25 games to decide. In the victory, Azarenka won 63 percent of her first serve points and 72 percent of her second serve points. Azarenka won 61 percent of her total service points and converted on three of her seven break points. Azarenka got 68 percent of her first serves in play and hit 24 winners to 17 unforced errors. Azarenka bounced back after losing the first set in seven games, and she’s won two three set matches this tournament. Azarenka looks to win her third grand slam title of her career and the first since the 2013 Australian Open. Azarenka is 2-2 in previous grand slam final appearances, and those two losses came in the US Open. Azarenka looks for her second title of the year and the 22nd title of her career overall. Azarenka has won 12 straight matches on hard court.

These two have played three times and Osaka has won two of those matches, including two straight victories. The last match was in the 2019 French Open, a match Osaka won in three sets. Azarenka’ only win over Osaka came in the 2016 Australian Open, the first meeting between these players.

Azarenka is playing her best tennis in years with 11 straight victories that includes a title in Cincinnati. Azarenka is making far less unforced errors, is hitting the ball with great pace and she seems to have that pep in her step again that was missing for a while when she was trying to work her way back. Azarenka seems to be on a mission as she looks for her first grand slam title in over seven years. However, it’s tough to bet against Osaka when she’s playing well, as she dictates pace so well and often takes the racket out of her opponents hands. On these fast tennis courts, Osaka is going to make Azarenka do a lot of running and wear her down over time. And while Azarenka has gotten back to form, she still has just five wins over top-10 players since 2017, so she hasn’t had a ton of success in these moments lately despite looking like a different player.

Give me Osaka to win her third grand slam title.