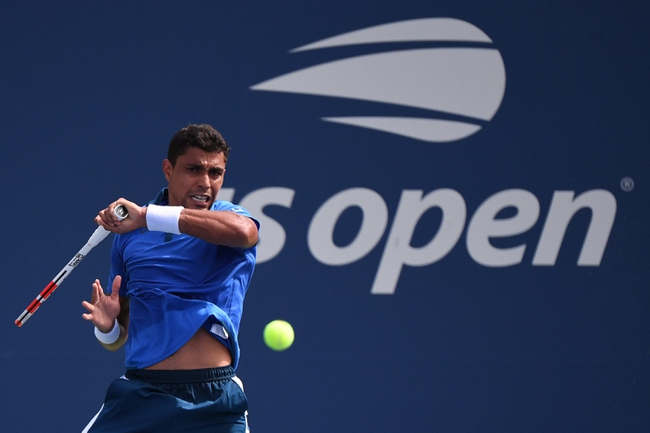 Felix Auger-Aliassime and Andy Murray meet in the second round of the 2020 tennis US Open.

Andy Murray is coming off a five sets win over Yoshihito Nishioka that took 56 games to decide. In the victory, Murray won 77 percent of his first serve points and 47 percent of his second serve points. Murray won 64 percent of his total service points and converted on three of his five break points. Murray was broken five times and had 13 double faults, but he dug deep and managed to win a match despite dropping the first two sets. The match took over four and a half hours and Murray prevailed, which just goes to show that his hip has improved a lot and he’s feeling good out there. Murray looks to make the third round of a grand slam for the first time since the 2017 Wimbledon. Murray has won three of his last four matches on hard court.

We’ve backed Murray a couple times since the return and he’s cashed for us nicely. Murray obviously has the experience edge and is more than capable of winning this match if he cleans up the errors. With that said, there’s a fatigue issue with Murray after playing over four hours in the first round and the day of rest only does so much. Murray is still getting his feet wet since the return of hip surgery and Auger-Aliassime is somebody who is really starting to come into his own.

I’ll side with Auger-Aliassime in four sets.

Get Premium Picks Start Winning Now »
The pick in this article is the opinion of the writer, not a PickDawgz site consensus.
Previous Pick
Ultimate Tennis Showdown - Day 6 - Day Session -Tennis Picks, Odds, and Predictions
Next Pick
Victoria Azarenka vs. Naomi Osaka - 9/12/20 US Open Tennis Picks and Prediction