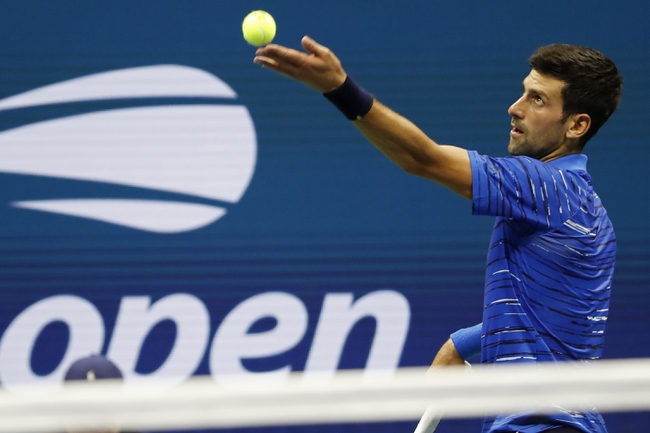 Andrey Rublev meets the world No.1, Novak Djokovic, in the final of the Adria Tour's stop in Zadar. Will Djokovic get rid of some more rust and show us why the Big 3 are still on top of their game, or will Rublev cause an amazing upset?

Novak Djokovic has not been as good as he should have in his recent matches. Djokovic went 3-0 in his matches this weekend, however, he played two opponents who had no chance against him. Djokovic's only challenge was his match against Borna Coric and he struggled with his serve in all his matches. Djokovic is one of the older players on tour and he might be taking longer than usual to get his game back to 100%, however, he will need to get it to that level quickly if he wants to stand a chance tonight against the Russian.

Andrey Rublev has been superb this weekend in Zadar. The young Russian went 3-0 this weekend and beat tough opponents like Marin Cilic and Alexander Zverev. Rublev is one of the players who is going to take over the tennis world in a few years, and he is already starting to make a name for himself on the tour. Rublev has a sniper serve, a ballistic forehand, and a solid backhand which allows him to take control of matches. Rublev absolutely destroyed Alexander Zverev in straight sets on Sunday, and if he plays as he did in that match, it will be very tough for Novak Djokovic.

This is going to be the first match between both players, and unfortunately for Novak Djokovic, I see this being a Rublev domination. Novak is obviously the better player when they are both playing their best tennis, however, Novak is not playing his best at the moment. Novak Djokovic has been rusty and he will have to highly improve his game if he is to stand a chance. Rublev is fresh, excited, and determined to win here. Andrey will come out and take advantage of Djokovic's lackluster serve as of recent and he will take control of the match.