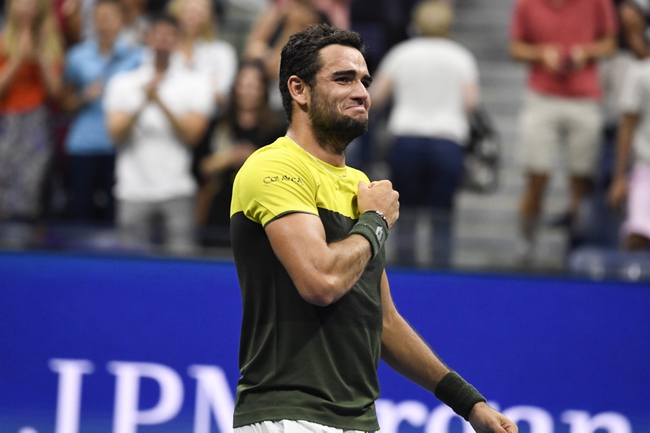 Feliciano Lopez went 1-1 in his first two matches here at the Ultimate Tennis Showdown and put on some amazing performances in both matches. Lopez is one of the oldest players on the tour, however, he still has an amazing serve and a superb backhand. Lopez will not be looking forward though to meeting Matteo Berrettini. Berrettini has been absolutely amazing, winning both his matches with ease and just looking unstoppable. Berrettini just rips through opponents with his powerful serve and strong forehand. This is going to be a fun match to watch, but Lopez is no match for Berrettini.

Dominic Thiem is finally here and he is surely going to have a tough first match as he meets one of the best Frenchmen, Richard Gasquet. Dominic Thiem has been traveling all over the place and this is not going to be an easy transition for him from the clay courts of Austria and of Belgrade, to the hard courts of Sophia Antipolis. Thiem will not be as solid as you'd think in his opening match because of his traveling and he will allow for Gasquet to keep it close. Gasquet is not to be underestimated, and he could potentially win this match, but at the end of the day, I see Thiem winning it in a deciding sudden death tiebreak.

Its the battle of the Frenchmen here at the Ultimate Tennis Showdown and it is going to be a good one. Lucas Pouille and Benoit Paire are in dire need of a win here and they will give it their all to win this match. It is going to be a tight contest as both players are not extremely consistent and suffer lots of ups and downs in their matches. Both players will have the chance to win it, but at the end of the day, Paire is the better player overall. If Paire concentrates and plays the important points without making a scene, he will win it.