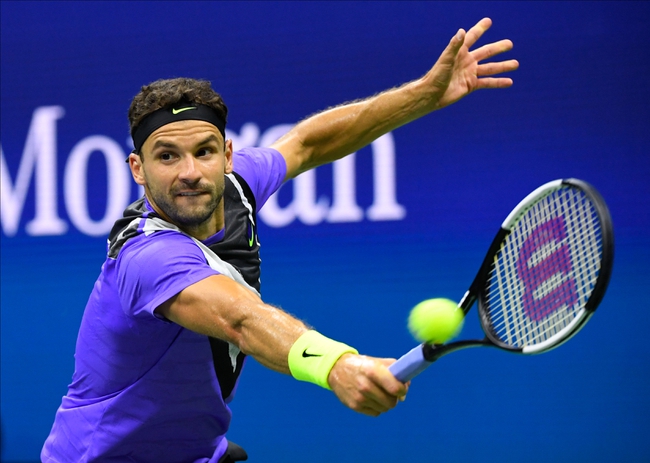 The second weekend of the 2020 Adria Tour is finally here and in the day session of Saturday, we have some extremely exciting matches to come. Who will get their first victory under their belt here in Zadar?

This is going to be such an exciting match as both players are very solid from the baseline. Borna Coric has had several injury issues in his young career and he will be finally looking to come back 100% fit. Grigor Dimitrov has been playing for a week already and he has already worn off most of the rust. This is going to be tight, with both players being good enough to beat each other, but this is only Coric's first match back. Coric can challenge anyone on his day, but he will be rusty. This gives Dimitrov the edge.

Zverev will be looking to improve his form on his serve as he meets Danilo Petrovic in his first match of the second weekend. Zverev impressed last weekend, but not on his serve. Zverev was extremely solid on baseline rallies and he showed us that if he only improves his serve he can become unstoppable. Danilo Petrovic is not an ATP Tour level player and he will have to find an extremely good level in his game if he is to have any chance against Zverev unfortunately. Zverev will win this easily.

Novak Djokovic will be very excited for the second weekend of the 2020 Adria Tour. Djokovic did not play his best tennis last weekend and he will hope to have worn off the rust. Djokovic is the world No.1 and he can beat anyone when he wants to. Djokovic will look to come out here and dominate, and unfortunately for an unknown player like Pedja Krstin, he has no chance here. Krstin has not got the level to play Djokovic competitively and he will just have to hope he can win a game or two.

Probably the most competitive match of the day session here at the second weekend of the 2020 Adria Tour, as Andrey Rublev meets Marin Cilic. Rublev has been shockingly good this year, already winning two titles and showing us that he is one of the best youngsters on the tour. On the other hand, Marin Cilic struggled with injury issues. Cilic is a Grand Slam champion and on his day he is unstoppable. However, injury issues and rust might be a factor here. Give me Rublev.