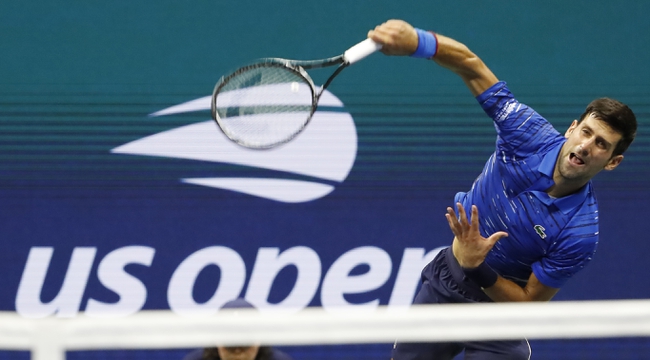 Lajovic went 0-2 on Saturday, but he put up solid performances in his matches against Dimitrov and Thiem. Lajovic is a solid player and when he is on top of his game he is hard to stop. He had match points against Thiem, but unfortunately, he was not able to convert them like he would have wanted to. Nikola Milojevic on the other hand came in to replace Damir Dzumhur who retired due to injury. Milojevic played one match against Grigor Dimitrov and caused a shocking upset. Milojevic won in straight sets and the crowd was ecstatic. This will be a tight All-Serbian encounter, but I don't think Milojevic can play like that again. Give me Dusan Lajovic to win.

Filip Krajinovic pulled off an incredible upset on Saturday night, beating world No.1, Novak Djokovic, in 3 sets. Djokovic looked solid in the first set, but in the last two Krajinovic just was levels above him. The real difference in this match was Krajinovic's ability to win practically all of the breakpoints presented to him. Will he be able to continue this form as he meets Viktor Troicki? Viktor Troicki did not have the best day at the office on Saturday and that was to be expected. Troicki is no longer a good Singles player as he is not in the physical shape to play long rallies against these guys who play long matches day in and day out. This is an easy pick

Novak Djokovic looks to bounce back after losing to Filip Krajinovic on Saturday night, and what a better way to do so than coming up against Alexander Zverev. Zverev went 2-0 on Saturday but he should have never really won his first match. Zverev looked scared to serve and he served up many double faults. Zverev's issues still seem to be here, and when Djokovic is looking to bounce back after a loss, I'm not sure Zverev is going to be happy. This match might be tight, but Djokovic is going to bounce back.

This is going to be the tightest match of the day in my opinion. Both players have struggled with consistency on their first day in Belgrade, but we know that both players are filled with extreme potential when on top of their game. Thiem will be looking to get revenge for his loss to Dimitrov at the end of 2019 in Paris and Dimitrov will have to find another level in his game if he is to win this match. It will probably be a 3 setter, but in the end, I see the world No.3 taking the victory.