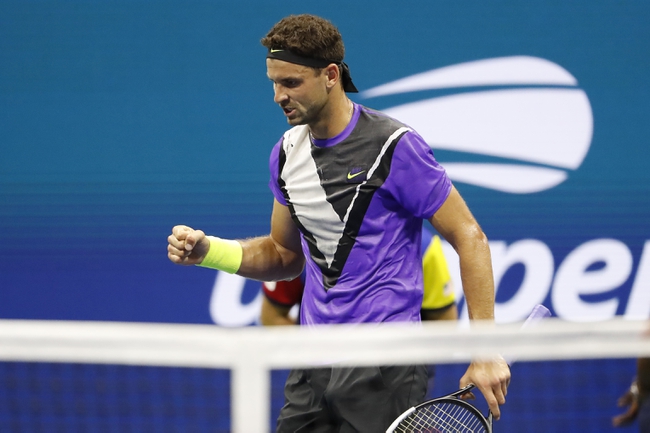 The night session of the first day at the Adria Tour is here, and with it come some more exciting matchups. With matches being a shorter format, we are sure that players will have lots of energy to put on amazing matches for us. But who will come out on top? Here are our night session picks:

Dimitrov knows he can perform at an extremely high level, and his ability to move opponents around the court with his one-handed backhand is one of his best traits. What Dimitrov has lacked in recent years is consistency. However, I think that the best of Dimitrov is yet to come. Dimitrov is extremely motivated to get his career back on track and he has been working extremely hard to do so. Damir Dzumhur is a very underrated player, he never gives up on a point and he will always give you his all. However, Dzumhur lacks experience against the big players and he is easily predicted in his playing style. If Dimitrov is consistent, he wins it.

Dominic Thiem had a great start to 2020, reaching the Australian Open Final and showing us that he is the first in line to win a Grand Slam after the Big 3. Thiem, however, has not been in his best form in recent weeks. Perhaps this is due to the lack of play, but if Thiem wants to impress the likes of Djokovic this weekend, he needs to get his game back on track. With that being said, Dusan Lajovic can give Thiem a hard match, and this is going to be extremely tight. This is probably a 3-setter, but eventually, Thiem should win it.

It's another battle of the Serbians at the Adria Tour, and this is going to be a closer one for Djokovic. Krajinovic is a good player and knows how to keep opponents on their toes. However, he is coming up against the world No.1, Novak Djokovic. Djokovic is the best in the game right now and he has been working extremely hard behind closed doors over the last few months. If Krajinovic is able to pull off an upset I'd be shocked.

Viktor Troicki will be disappointed that on his first day he will have to face both world No.1, Novak Djokovic, and Alexander Zverev. Zverev is a superb player when confident and if he is on top of his game, nearly no one can stop him. Troicki has not got the game to beat Zverev anymore. Zverev should come out and end this quickly.