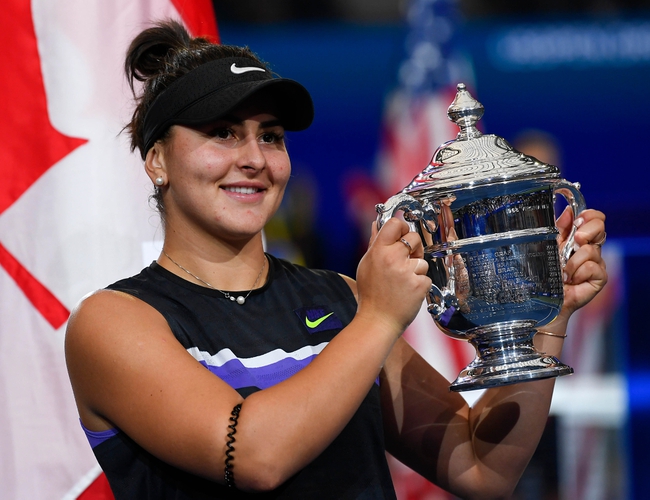 Bianca Andreescu is coming off a quarterfinal appearance in Beijing and has won 16 of her last 17 matches overall. Andreescu has lost just two completed matches since Miami and hasn’t lost back-to-back completed matches in about a year and a half. Andreescu quickly went from being the up and coming teenager with a bright future to being ahead of the curve and instantly becoming one of the top players in the field. Andreescu is no longer a cute story, she’s a force at just 19 years old and is here to stay. Andreescu has eight career wins over top-10 players and all of those victories took place this year. Andreescu has won five of her last six matches on hard court.

Simona Halep is coming off a second match exit in Beijing and has been really hit or miss since winning the Wimbledon. Of course, this isn’t anything new with players on the women’s side, as there’s countless players who drop off in production right after winning a major. It’s just a matter of Halep finding her form again, and it all starts with her serve, as she’s coming off a match where she won just 40 percent of her total service points. Halep has 39 career wins over top-10 players and five of those wins have come this year. Halep has split her last 10 matches on hard court.

Halep can be real hit or miss, and while she’s as good as anybody when she’s on, I’m not betting on her without knowing which player I’m going to get, especially with a pitbull on the other side of her in Andreescu. The Canadian brings a feisty attitude to the court and she’s the type of player who will drag anybody who isn’t ready to match her energy. Halep can be easily frustrated and her game takes a nosedive as well when things aren't going right. Andreescu will see right through that and create even more distance in the scoreboard.

I have more confidence in Andreescu at the moment.