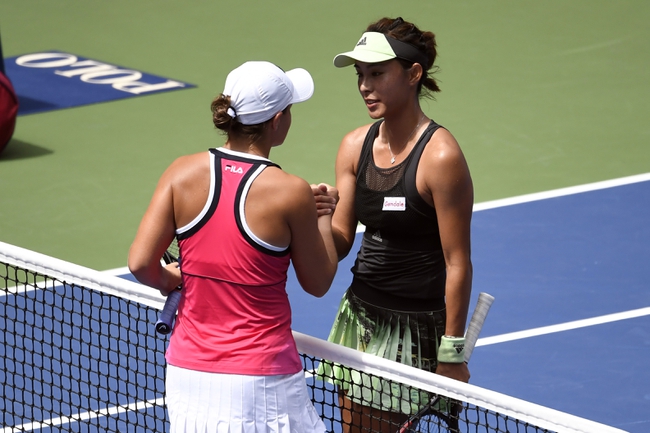 Ashleigh Barty is coming off a final loss in Beijing where she lost to Naomi Osaka in three competitive sets. Barty has seen each of her last four matches go the distance, and she’s actually won eight of her last nine matches that have seen three sets. Barty has to be sharper with her second serve to win this tournament, but she’s been easily the most consistent player this year, so there’s no reason to think she won’t be up to the task. Barty has 13 career wins over top-10 players, and nine of those wins have come this year. Barty has won seven of her last nine matches on hard court.

Belinda Bencic is fresh off winning Moscow, so she enters this tournament on a nice four-match winning streak. In the final victory, Bencic produced five breaks, won 62 percent of her total service points and hit eight aces. Bencic has played her best all season when going up against top tier players, so there’s good reason to think she’ll do well in this tournament and is a true dark horse to win the whole thing. Bencic has 22 career wins over top-10 players and nine of those wins have come this year. Bencic has won six of her last eight matches on hard court.

It’s hard to bet against Bencic given what she’s done all season long in big matches and the fact she’s fresh off winning the Kremlin Cup. Bencic is enjoying the best season of her career and has constantly taken her game to another level when going up against players she respects. She should do well in this tournament. However, Barty has been money all year long for us and has been head and shoulders the best and most consistent player on the women’s side. Until Barty gives me a reason to bet against her, I’ll continue to back her as long as the prices are reasonable.

Barty wins a competitive match that may go the distance.